Editor’s note: While our frothing at the mouth right wing media fans anti-Americanism, the psuedo liberals engage in an Anti-Americanism of a more sophisticated kind.  Using Cold War terminologies, their discourse of “anti-imperialism” is only reserved for the UN mandated NATO action in Afghanistan and NOT for the establishment’s game of “Stratagic Depth”.   Here is a sincere tribute for Shaheed Shahbaaz Bhatti by an American friend of Pakistan, Rusty Walker. 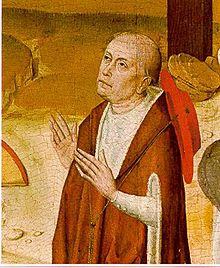 The words of a Catholic who stood for pluralism, in a country born of Islam, such as Shaheed Bhatti, is reminiscent in my mind of a saintly philospher of the middle ages I discovered when reading the volumes of History of Civilization by Will Durant (who himself was a Jesuit who lost his faith). Father Nicholas’ prose is relevant to a secular or religious way of life even today. Here are the words of Nicholas of Cusa, written in 1448- I memorized this beautiful prose to live by some forty years ago, I now wish to share them with you in honor of Bhatti’s fateful demise-I recommend reading it slowly to grasp the meaning in each line:

To know, to think, to see the truth,
With the eye of the mind, is always a great joy.
The older [one] grows,
the greater is the pleasure that this affords;
As love is the life of the heart,
So the endeavor after knowledge and truth is the life of the mind.
Amid the movements of time,
the daily labor, perplexities, and the contradictions of life,
we should lift up our gaze fearlessly to the clear vault of heaven,
and seek ever to obtain a firmer grasp
of…the origin of all goodness and beauty,
the capacities of our own hearts and minds,
the intellectual fruits of mankind throughout the centuries,
and the wonderful works of nature all around us;
But, remembering, always that in humility alone lies true greatness,
And that knowledge and wisdom are profitable only in so far
as our lives are governed by them.

In the very year Constantinople fell to Islamic Turks, Nicholas of Cusa pleaded for the mutual understanding among the religious as diverse rays of the eternal truth. Nicholas of Cus was made a cardinal in 1448. [My son’s middle name, Hunter Nicholas Walker (b.1989), is in honor of Nicholas of Cusa, for the promise that universal truths give.]

We must not forget Salman Taseer and we must not forget Shaheed Shahbaz Bhatti, nor Benazir Bhutto. The memory of what they stood for should galvanize those of us who walk the streets in silence out of fear of fatal reprisal, and think we are powerless- those that have hijacked political resolve for their own purposes in my county or yours- those that have hijacked Christianity or Islam are the true cowards. Murderous sects that will stone women, slaughter innocents as they throw away their own useless lives, will anoint themselves as judge and jury dispensing foul justice as gatekeepers of righteousness, are in fact Satan’s helpers.  As are their supporters, backers and apologists.

It is not acceptable for a teeming city of such enterprise as Islamabad, that its citizens will now know that their leaders cannot drive through its streets after they speak out a little too clearly about freedom of thought and principles of human rights; I felt no differently about American streets when Martin Luther King was shot, or JFK, or recently, when U.S. Representative Gabrielle Giffords was gunned down in equally senseless shootings. A great country with the democratic potential of Pakistan should not stand for cruel religious fanatics who impose their own twisted will in the name of Allah (swt).

Mullahs of the Ummah that preach love and values must speak out-  insist on decisive action against radicals and protection for our leaders. Where are the enlightened Ulema- the educated muftis, qadis, faqih, or muhaddith among us who could articulate truth against the radical interpretation of their own Quranic verses. Until these religious scholars step forward, the products of wayward Madrassas will belch out more converted assassins, and the Imam’s that could make a difference, will instead, through their silence be included in the evils of the deep state.