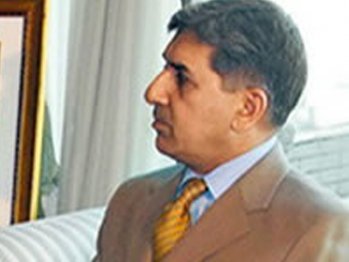 A glaring example of how ISI dictates Pakistani newspapers: The case of a missing WikiLeak cable

According to a recent report by Online, an ISI sponsored news agency headed by Mohsin Baig:

Since Pasha is already on extension, to further extend his service it requires a favorable advice of the Prime Minister to be duly approved by the President. Therefore, Premier Gilani has already moved a summary for the President in this regard, sources privy to the development told Online on condition of anonymity. The sources were hopeful that the President was most likely to sign shortly the summary proposing two-year extension in Pasha’s service.

On March 9, 2010 Chief of Army Staff General Ashfaq Pervez Kayani had extended the term of service of Pasha, as the rules empower the army chief to extend service of a Lt General by one year. Sources familiar with the rules underlined that the first time post-retirement extension in service of Lt Generals does not require the government’s approval.

Retirement date of Pasha, who has been serving as Director-General of the ISI since his appointment by Kayani in September 2008 was March 18, 2010. Now the extension given army chief to the ISI head would expire on the 18th of this month. Thus the PPP government considering multiple factors ranging from internal security to touchy ties with America has decided that extension to Pasha was unavoidable.

It seems that contrary to the feeler released by the Online, the “advice” was given by the Chief of Army Staff General Kayani in which he instructed the Prime Minister to grant yet another extension to the ISI’s chief General Pasha.

General Pasha was previously granted an extension in 2009; several right wing and fake liberal writers wrote articles and gave statements at that time eulogizing his professional excellence. However, it is now proven that Pakistan has suffered most terrorist attacks during General Pasha’s stint as the ISI chief than any other of his predecessors, and that the ISI remains committed to its policy of cooperation with the (good) Taliban and protection of groups such as Lashkar-e-Taiba, Jaish-e-Muhammad, Sipah-e-Sahaba and Jamaatud-Dawa.

So, is the extension a reward for the mess he has done so far, given that our intelligence agency has been constantly failing on domestic and international fronts?

Pasha’s extension, in the context of the recent ISI-CIA meeting in Oman, does this mean that Raymond Davis is about to get freedom? Is this part of a barter trade arrangement with the CIA?

Deteriorating law and order across the country, Pakistan-India relations taking delicate turn, and evolving scenario in Afghanistan, and above all soared ties with US after the Raymond Davis imbroglio have forced the government to retain Pasha for another two years at least, the sources observed.

Based on these factors in addition to the key role of Pakistan’s top intelligence agency in countering regional insurgency situation, the current decision was to ensure continuity of policy, the sources observed.

Pasha heads the ISI, which plays the single most important role in the US-led war on terror especially in this region. According to the sources, Washington relies heavily on Pakistan’s army-led security establishment to help bring a close to the now a decade old war. But without the ISI, the United States simply could not realize its objectives in the region, the sources added.

It is pertinent to recall here that the telephonic conversation between Pasha and his American counterpart CIA chief Leon Panetta last week had partially eased the hype in tension between the two countries over the issue of Raymond Davis.

According to the sources, the contact between the two agencies’ chiefs was in follow-up of the Army Chief’s meeting with American military leadership in Oman. The economist had reported that the military leadership of the two countries was performing where the diplomats could not.

Online had already reported that the military leaderships of the two countries had resolved to rescue relations and arrest the downhill descent. Therefore, the sources liked the decision of giving extension to the ISI chief to these developments in the touchy Pak-US relations. Thus, Pasha needs to stay in office in order to make progress on the understanding reached upon during the Oman meeting of the two countries’ military leadership.