President Zardari is on a multi-state tour and is currently in Kuwait after having visited Japan, and stopping over in Dubai. I caught just fifteen minutes of the usual fire breathing heads on the idiot-box complaining about expenditure on official visits. Being conservative on spending is necessary, I agree but here’s a partial list of people I would like to come forward and repay the public money that was wasted on taking them abroad. 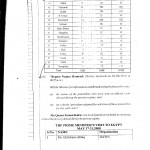 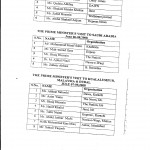 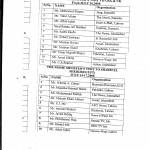 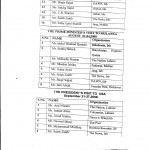 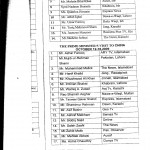 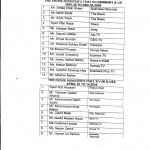 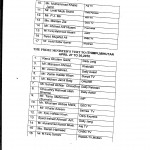 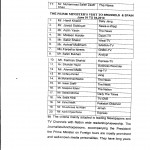 Taking the media on state visits for them to be covered by the press and allowing journalists to interact with their counterparts in the visiting countries to establish exchange of opinion and ideas are very worthy justification. BUT, state media i.e. PTV and APP, for whom we pay, already accompany the President and Prime Minister on state visits. This is private media and they should be technically paying for themselves. But, yeah taking them on the official plane might not cost extra money you’d say, but then we pay their hotel expenditure too. I have heard almost all arguments in justification of taking private media personnel along for a ride and the benefits and positive impacts, but a) we still shouldn’t be paying for their hotel accommodation and the entire kitchen loads of food they eat, and b) they should start be refusing to “accompany” on state visits rather than plead for greater number of visits to be hitched along for if they want to have any ethical and moral grounds for their shouting on excessive state visits. In short, these lifafas are a burden on the national kitty.

This was just a very partial list. There are dozens of others who go on many state trips, most notably non-journalists i.e oped writers like Javed Chaudhary who are taken on almost all visits since they can “influence” public opinion through their lies (Mr Chaudhary, on a recent paid trip to the US wrote an entire oped on airport security since it appears he was angry why his moustache  didn’t get special treatment).

So, Javed Chaudhary and all others, reimburse the public kitty with the $$$$ that was spent to take you abroad, keep you well fed and comfy in hotels and bring your corrupt asses back. I’m yet to start with your “journalist colony” and allotments in PHA and FGEHF besides your plots.

PS : These journalists are living in the Gulshan-e-Jinnah Complex (F-5/1, just behind Marriott) and Shah Abdul Latif Bhittai Complex in the heart of Islamabad, illegally, at subsidized rates. These lodges and suits are meant for top babus, despicable as they are, but journalists living them are availing subsidized rates of Rs. 6,000 per month in the age when you cannot get a single room apartment in the most downtrodden of areas at 6,000.

Perhaps Mushtaq Jamaat-e-Islami Minhas would like to reimburse the public the monies he has stolen from them before he opens his mouth next time on TV.