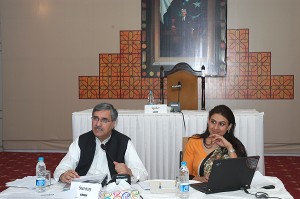 Kalabagh Dam is a very bad idea indeed. If ONLY for the reason that 3 out of 4 federating units of this blessed country have rejected it.

I am familiar enough with the Mardan-Nowshera-Charsadda area well enough to know that when without this monstrosity there is water standing along the roads just three feet below the level of the road there has to be a big problem of water-logging already.

I can only hope that sense prevails and that our already frayed federation is not damaged further.

We also must ask the question WHY an organisation whose goal is “to strengthen and sustain democracy and democratic institutions” in this poor country should re-raise a hugely contentious issue like the Kalabagh Dam? Which has been DEMOCRATICALLY rejected by three-fourths of the country.

This is not the first time that PILDAT has done this kind of thing – recall the “report” on the riches of our parliamentarians that PILDAT published just at the time when there were rumours afloat that the Establishment was about to move against the elected governments some months ago. Far more than that, there was no analysis – just a re-printing of the Election Commission’s data. In many cases the information was dated too, and had very little relevance to the present parliament.

Indeed if PILDAT was doing such a public service, why did it not publish the riches of our Air Marshals and Admirals and Generals and bureaucrats in comparison?(KS)

A case against Kalabagh Dam – by Aziz Narejo 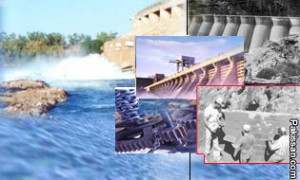 A recent seminar in Karachi  organized by an NGO, PILDAT has  again brought the issue of  Kalabagh Dam to the fore.  Especially an irrational and  unscrupulous statement at the  seminar by IRSA chairman (from  Punjab) has flared up the  emotions among the  stakeholders.

Actually he is not  alone in this. There is a certain  lobby in Pakistan, which continues to insist on the construction of  Kalabagh Dam on Indus River  ignoring the fierce opposition from the provinces of Khyber- Pakhtoonkhwa and Sindh.

The Kalabagh Dam project is  undoubtedly one of the most  controversial water projects in the country. If taken up, this project  could prove disastrous for the  country as it will further divide the people and become a constant  source of internal strife.  I request the readers to please  consider the following points and  see how prudent it would be to  undertake the KBD or for that  matter any mega dam project:
1.  There is no extra water for any  new dams or reservoirs in the  Indus River System. During the  past few years, there has been  scarcity of water in the country  and even the present dams have  not been filled to capacity. The  lower riparian province has  suffered immensely due to the damming  of Indus River. It can’t afford any  more losses. Water expert,  Engineer A. N. G. Abbasi proves  this in his note in the report of the Technical Committee on Water  and Power.

2.  Provincial assemblies of the  three federating units have  unanimously rejected the KBD.

3.  Indus River System Authority,  IRSA, rejected the KBD on October  22 , 1996  on the basis that:
a) The Dam will be silted rather  quickly.
b) Its short life: 22 – 30  years.
c) Poor performance.
d)Comparatively lower electric  generation capability.

4. The short life of the dam and a diminished power generation  potential would result in huge  losses to the country’s exchequer. It is economically infeasible.

5. The dam will displace a large  number of people and inundate  fertile lands in the Khyber- Pakhtoonkhwa and Punjab. Many  more acreage will be lost  because of water logging in  Mardan, Swabi, Charsadda, Pabbi,  Nowshera, Dhoda, Kharmatoo and other areas. It will also cause  land degradation in the Peshawar  valley and affect the sweet water  aquifers in Karak and Lakki  Districts.

6.  Additionally, the inhabitants of  the low lying areas on both sides  of rivers Indus, Sawan, Kabul and  Tui will have to be shifted and  given new houses and lands for  settlement. These inhabitants are  in hundreds of thousands and this will incur a heavy expenditure.

7.  It will cause back-pressure in  the River Kabul, resulting in the  increase in water logging.

8.  Nowshera, a sizable city of  Khyber-Pakhtoonkhwa, will be threatened with termination or  severe water logging, as it will  stand 24 feet below the height of  Kalabagh storage.

9.  Several bridges and roads  including the Attock-Talagang  road on river Sawan and the Kohat-Rawalpindi road and the Peshawar-Rawalpindi road on  river Indus besides some railway  tracks and other infrastructure will be submerged by the KBD.

10. The Sui gas line between  Peshawar-Rawalpindi and  Rawalpindi-Kohat will also sink in  the dam.

11.  The Mardan and Swabi SCARP  projects will be affected.

13.  The dam will need about 19.5 MAF (for storage and the  proposed irrigation canals) water.  That will further strain the  availability of water in the country especially for Sindh and  Balochistan. Some statements say that the design will be changed  and no canals will be built. But  nobody in Sindh believes it as  WAPDA and federal authorities  have a long history of broken  promises.

14.  If the dam is built there will  not be any water available for  downstream Kotri in the future. As a result the Delta and the Katcha  areas in Sindh will be destroyed  and the sea intrusion will cause  annual losses of billions of  rupees to the Sindh economy.

15.  As the Dam will sit on a fault  area, any earthquake can cause a disaster. Its proximity to Khewra  salt mines only magnifies the  problem.

a) Deleterious impact on  environment, ecosystem,  biodiversity, habitat, wetlands and subsoil aquifers
b) Intensification of drought and  desertification
c) Acceleration of poverty in the  lower riparian province with  increased rural to urban migration d)Drinking water problems
e) Progressive, illegal decreases in share of Sindh in Indus River  System waters, as is already the  case.

17.  Sindh will continuously be  blackmailed, as water taps will be controlled upstream. Isn’t it in order to call for dropping the KB and other mega dams and  looking for better alternatives?  This is a public appeal to all the  people of the world to please  impress upon the government of  Pakistan to stop its genocidal  policies.