The Raymond Davis saga has soured the relationship between the ISI and CIA. Or so the ISI and a select group of Pakistani and foreign journalists would like us to believe. Really?

Declan Walsh in Guardian: Truth hard to find in US-Pakistan war of words over Raymond Davis. But fact is only one aspect of the issue, which has become enmeshed in a web of nationalist passions and spy agency rivalries.A troubled spy agency relationship lies under the media frenzy. Complaining of American arrogance, the ISI says its links to the CIA have been badly damaged by the affair, warning in an unusual press statement this week that it was “hard to predict if the relationship will ever reach [its prior] level”

Geo TV: The Inter Services Intelligence (ISI) is ready to split with its US’ Central Intelligence Agency (CIA) because of frustration over what it calls heavy-handed pressure and its anger over what it believes is a covert US operation involving hundreds of contract spies.

The aim of this post is to highlight the possible motives behind this current turn of news and analyses in the Raymond Davis saga.

A number of motives and reasons may be identified:

1. The image of the ISI, particularly in terms of its active cooperation with the CIA, in planning, coordinating and approving the drone attacks and the operation of regular US soldiers and under cover CIA agents on Pakistani soil, has been badly tarnished by the WikiLeak Cables. 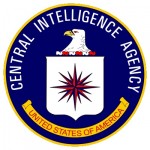 3. The GHQ / ISI have not yet forgotten the (for them) humiliating terms which they had to bear through an independent agreement between the civilian government and the US government in the Kerry-Lugar-Berman Act which imposed certain pro-democracy and anti-terrorism requirements on Pakistan army in order to be eligible for the US financial and logistic assistance.

4. The military establishment has thus far lost on two key fronts which it so vehemently relied on in order to destabilize the civilian government, i.e., a forceful anti-Zardari, anti-PPP campaign through its right wing and pseudo-liberal proxies in Pakistani media, and a clearly lopsided and biased judicial activism against the PPP led federal government.

5. Recent publication of the WikiLeaks Cables on Pakistan once again made evident that the real power in Pakistan is still held by the most powerful institution, i.e., Pakistan Army (GHQ) which has almost total control not only on country’s security policy (read Deep State policy and the nuclear programme policy) but also on issues related to foreign policy (Afghanistan, India, USA etc) and economy (particularly issues related to the foreign financial assistance).

6. The Cables also confirmed the presence of regular US soldiers and agents on Pakistani soil as a part of an ongoing cooperation between the CIA and ISI in their joint operations against the Al Qaeda and the Taliban. The Cables also confirmed that Pakistan’s ISI is in active cooperation with the CIA in planning and supporting the drone attacks on militant hideouts in the FATA.

7. It was also revealed through the Cables that Pakistani generals told their US counterparts that while they would keep supporting the US drone attacks and other operations on Pakistani soil, their stance in the media would be totally opposite for domestic consumption in Pakistan. 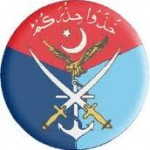 8. After the rude exposition of the duplicity of the GHQ’s / ISI’s role in their cooperation with the USA/CIA, it had become necessary to create an impression of an artificial rift between the ISI and the CIA.

9. The most recent Raymond Davis saga has provided the ISI / GHQ with a great opportunity in terms of the following:

(b) To rebuild and further strengthen the ISI’s relations with the right wing particularly with the Taliban, Jamaat-e-Islami, PMLN and Imran Khan’s PTI on a farce agenda of national honour (ghariat).

(c) To pave the way for a mid-term elections by creating an artificial hype in the media and a law and order situation in Pakistani streets.

(d) Last but not least, to give a false impression of the growing gulf between the ISI and the CIA in order to rebuild an impression of the ISI as reliable guardians and protectors of the national honour (ghairat) and security (salamti).

It is in the above context that any articles by Pakistani and foreign journalists on the so called ISI-CIA rift need to be examined. Of course such articles are being written by a select group of not only right wing journalists but also certain liberal journalist some of whom are known for their softness towards the military establishment.

Such articles are tantamount to crappy journalism at best and agencies’ propaganda at worst. We trust our readers’ judgement in this regard.

In their carefully written and much publicized article, Kathy Ghannon and Adam Goldman write:

According to a statement drafted by the ISI, supported by interviews with officials, an already-fragile relationship between the two agencies collapsed following the shooting death of two Pakistanis by Raymond Davis, a U.S. contracted spy who is in jail in Pakistan facing possible multiple murder charges. “Post-incident conduct of the CIA has virtually put the partnership into question,” said a media statement prepared by the ISI but never released. A copy was obtained this week by the AP