Editor’s Note: In the following article for Express Tribune, Zohra Yusuf deconstructs media bias towards corruption.   The selective and unsubstantiated lynching of some politicians has not made our society any better; rather it has made us far more hypocritical in our understanding of financial corruption.   When it comes to corruption allegations, our elite chattering classes often starts frothing at the mouth when talking of the current elected President and are ready to believe anything against him.  They then mantain a false facade of neutrality and are always deferential about the establishment ( with whom they share mutual material interests) and are not willing to hear any criticism of them.  It is this pathology of hypocrisy that has harmed financial transparency in Pakistan more than anything else. 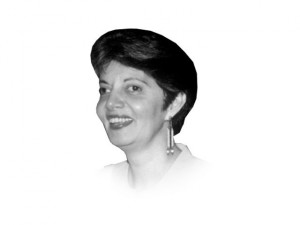 The writer is a former vice-chairman of the HRCP and has spent over three decades in advertising zohra.yusuf@tribune.com.pk

Pakistan’s recent ranking, by Transparency International, as the thirty-fourth most corrupt country in the worldnot only hit the headlines but became a much-discussed topic on television chat shows. In bringing the significance of this dishonour to people at large, the media gloated at the power it appeared to exercise over the political government. But how powerful is it in reality, in relation to the outcome of exposés of corruption by various sets of rulers? Pretty impotent, although it has raked enough muck on successive governments in the past two decades.

In the late eighties, when democracy was restored with the coming into power of Benazir Bhutto, the media became relatively freer (print only at the time, as electronic continued to remain under state control). Very quickly, it developed a taste for investigative reporting. The young and inept civilian government provided many opportunities to intrepid journalists to investigate the stories of corruption doing the rounds in the country’s drawing rooms. During the late 80s and 90s, when the governments of Benazir Bhutto and Mian Nawaz Sharif took turns in being dismissed by presidents empowered under article 58 (2b) of the constitution, press reports of corruption were widely cited as among the charges and even presented to support cases in the superior courts. The media became, unintentionally, a factor in the hindrance of democracy.

However, there was little discernment between facts and stories planted by vested sections of the establishment. For example, one scandalous story published by most of the mainstream newspapers and magazines related to the current president, Asif Ali Zardari. He was alleged to have had a bomb tied to an expatriate’s leg and forced him to withdraw all his savings from a bank. Much later, it was discovered to be a hoax (quite like the story of Mr Zardari’s recent marriage). So credibility vis-a-vis investigative stories did take a hit early on.

Today, too, the media carries shocking stories of corruption in high places almost daily. Figures of billions of rupees embezzled, misused or wasted are reported so frequently that they now numb the reader, who is at a loss to place such huge sums in any meaningful context. Some cases, like that of the National Insurance scandal, are doggedly pursued; others such as that of the National Logistics Cell simply forgotten. Regardless of the relentless reporting, the media in Pakistan has yet to make an iota of a difference in checking corruption in high places.

The Indian media, on the other hand, has a long tradition in this field. Known as the ‘typewriter guerrillas’ in the eighties, journalists fearlessly revealed corruption. Their reports covered Rajiv Gandhi’s role in the Bofors scandal and certainly brought down the state government of Lalu Prasad Yadav in Bihar. More recently, in March 2001, in another demonstration of the power of the media, online news magazine Tehelkaconducted a sting operation to catch on camera the then BJP president receiving a defence-related bribe — leading to the resignation of then minister of defence George Fernandes. But are ‘stings’ legitimate?

Noted Indian lawyer AG Noorani, writing in Dawn on November 20, 2010, defends sting operations by the media as they support the principle of people’s right to know. In fact, he reports that the Delhi High Court, in a historic judgment last year, upheld the legality of stings as a right of every citizen to expose corruption. This judgment related to an incident in which the Delhi police registered a case against two journalists who conducted a sting operation to show how some MPs were taking money for asking questions in parliament.

The media in Pakistan has enjoyed freedom for over a decade now but we have yet to have our Watergate or Tehelka.