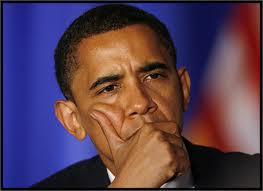 An open letter to President Obama: If there is any country where the USA can install democracy without a single bullet fired, it is Bahrain

In one of your recent addresses to international audience, you pledged that America’s “commitment—our responsibility—is to stand up for those rights that should be universal to all human beings”. The commitment you made is rooted in the founding principles of your country, echoed in the Declaration of Independence, which states that all men and women around the world are endowed with the right to “Life, Liberty, and the pursuit of Happiness.”

These founding principles are undeniable truths that have guided the United States, since its inception, on a path toward justice and universal rights for all people. We call upon you, Mr. President—as the leader of this country and a Nobel Peace Prize Laureate—to wholeheartedly pursue these ends in your dealings with the popular uprising for democracy in Bahrain.

Mr. President, It is a known fact that because of its strategic and short-term interests, the United States has often aligned itself with repressive autocrats in the Middle East right from Egypt to Saudi Arabia and from Bahrain to Jordan.

The current uprising in Bahrain presents a test of America’s commitments to the American and universal values of human rights, freedom and democracy.

Therefore we, the undersigned, academics and researchers, teachers and students, lawyers and traders, women and men, young and old, U.S. citizens, Bahraini citizens, call upon you to use all the powers of your office to stand unequivocally behind the Bahraini People’s Movement, withdraw US support from King Sheikh Hamad bin Isa Al Khalifah’s security state, and establish 2011 as a watershed in US relations with the peoples of the Middle East.

All we want is freedom, free and fair elections, a representative government, equality of women and men, equality of Muslims and non-Muslims, equality of Shia and Sunni, and a responsible government in Bahrain. These basic rights cannot be achieved without moving to replace the current regime, and the transition process must include real representation from the pro-democracy movement.

While it is not the role of any other country to determine Bahrain’s leaders, the Bahraini people’s right to self-government has been obstructed by a military and intelligence apparatus that is trained and funded by Washington and London, fiercely loyal to the current King, and inimical to popular sovereignty. The current Prime Minister, an uncle of the King, widely known as Manama’s renditions czar, provides a constant reminder of American complicity in the Bahraini repression — as do the helicopters flying over the Pearl Square and the tanks that stood passively while the dictators forces killed peaceful protesters freely.

It is imperative that your administration rescind support from all Bahraini security forces opposing democracy and civilian control.

Compared to the U.S., Bahrain is a tiny nation with a population of 1 million, almost half of them foreign workers. The tiny island is home for 6,000 members of the U.S. Fifth Fleet. Bahrain’s military numbers about 9,000 personnel who remain totally dependent on the U.S. and U.K. for their training and equipment.

If there is any single country on this planet where the U.S. can constructively help the local people in achieving their aim of democracy without a single bullet fired, it is Bahrain.

Accordingly, we kindly ask you to use your strategic and political influence forcing King Hamad Khalifah to resign, the current government be replaced by an interim civilian council representing proportionate number of Shias, Sunnis and Christians who will oversee a free and fair election in the next three months.

We kindly ask that you leverage American power in the United Nations Security Council to demand from Secretary General Ban Ki-Moon and High Commissioner for Human Rights Navanethem Pillay to send special envoys to Bahrain on a fact-finding mission to investigate the regime’s human rights abuses particularly against the 80% Shia majority who remain oppressed and discriminated against. Specifically, we call for the UN to inspect the condition of prisoners, investigate the claims of torture or other cruel and unusual treatment, and meet with members of the rights groups and lawyers concerning restrictions on their ability to defend their clients. During the past years the regime has systematically increased its violations of numerous articles within its own constitution that guarantee the right of freedom of speech and assembly.

The demonstrators have called for democratic regime change, not a US-facilitated transition to another despot, nor any intervention by the neighbouring dictator kingdom of Saudi Arabia. We urge you to help ensure that their demands are met, their rights are honored, and the Bahraini kingdom and its security apparatus ceases its attacks on journalists and peaceful protesters.

In the end, we would like to emphasize the importance for America of being seen as an advocate for human rights for all peoples in all parts of the world. Throughout the years, the vast majority of Bahraini people have expressed their utmost respect for Americans. We encourage you to stand on the side of the people in their time of difficulty by focusing on human rights and democracy in our motherland.

With Utmost Respect,
Citizens of Bahrain and the U.S.A. 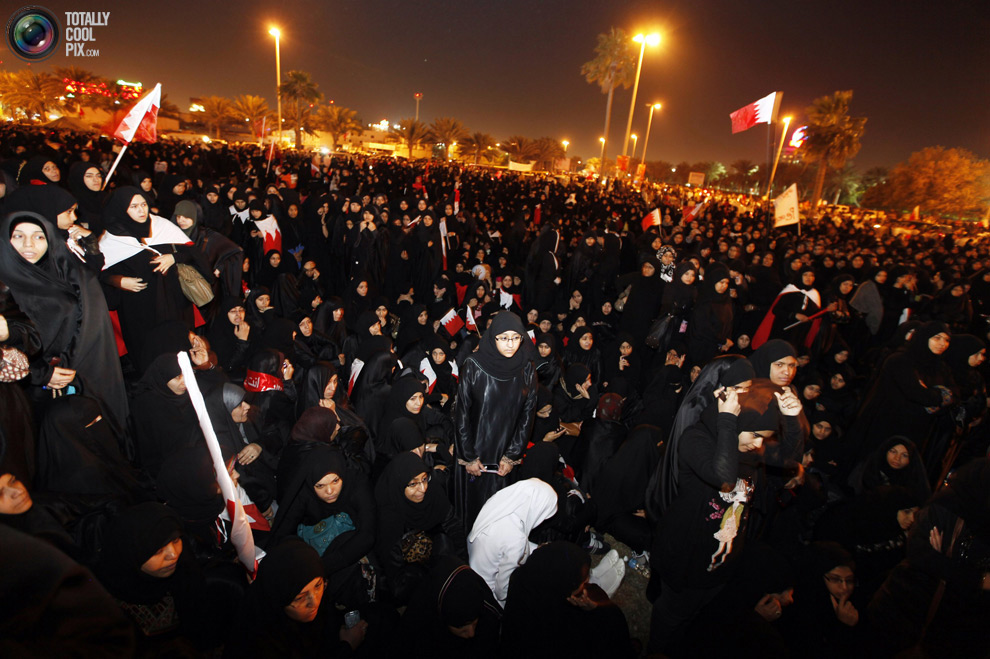 Female protesters gather at Pearl Square, after riot police opened all roads leading to the venue, in the Bahraini capital of Manama February 19, 2011. Anti-government protesters in Bahrain swarmed back into the symbolic Pearl Square on Saturday, putting riot police to flight in a striking victory for their cause. REUTERS/Hamad I Mohammed

Click here to post a comment
On Declan Walsh’s latest scoop: ‘Raymond Davis is a CIA spy’
Pakistan-US relations: Even against the odds – A money manager’s view