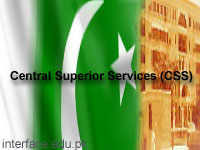 This post is related to CSS candidates’ age relaxation and I would like to offer some recommendation based on comparative analysis of age limits in our neighboring countries which are also common wealth sovereign states that how they relax age to let competent people participate in the exam.

When Musharraf regime seized the power through military coup back in 1999, the best strategy for the regime was to control the government institutions and public offices effectively. Therefore, the concept of devolution of power to grass root level was revived and introduced with some changes in the departmental role of civil servants. Police Ordinance and DMG roles’ restructuring methods were made; this was only done to suite the vested interest of then regime. Tightening the age limit was also one of the tools which were applied to block the entry of competent persons through this perilous process of examination. The other ulterior motive was to allow contractual hiring of favorites on the key positions on the pretext of available less experienced and relatively young age for the required positions. As a result the retired servicemen regained the ‘lost paradise’ and clung to the position they had been retired from. It is really commendable that Supreme Court eventually took notice and null and void all contractual hired consequently paving the way for within department promotions.

On May 17, a senate standing committee had oragnized a debate on age relaxation in FPSC offered job (other than competitive exam, proceeding is available on the internet), the initiative was taken by Senator Haji Ghulam Ali. The proposal of age relaxation was unanimously accepted. It is beyond logic that why government is reluctant to take competent people onboard by just removing a restriction imposed by a dictator, even though candidates would secure their seats on competition basis. Why governemnt is not allowing them to take just exam and prove their competency? Age restriction was imposed on about a decade ago, since then education system have undergone a number of changes e.g. now universities are offering FOUR YEARS GRADUATION PROGRAM. To complete this education, one has to study four years, therefore, 28 years of age makes no sense. Secondly, after completion of education a number of candidates join private sector to eke out their living and to support their families. How is it possible for an average middle class to continue the studies without supporting his or her family? In 2008, SPSC has given 10 years of age relaxation to aspirant to appear in exam and prove their competency, as a result number of candidates appeared and only handful of ‘best of the best’ could make it. What’s a problem with CSS exam? However, there is a rumour that goverment would relax age by 5 years and education qualification would be 16 years but not cleared yet.

On 24, June 2010, Establishment division had issued an Office Memorandum (No: 9/2/91-R-5), as ‘Most Immediate’ was mentioned on it, regarding Clarification on general age relaxation of upper limit prescribed in recruitment rule. In this memorandum, the general age relaxation is given for five years to all posts except through CSS. No one could understand the reason or logic behind this decision. Why the whole government seems reluctant to let aspirant compete and take best of the best on board? The point#2 of this office memorandum is read as:

It is quite ridiculous that, the BPS 17 person of ex-cadre is given 5 years age relaxation and age limit is already set 30 years but for the CSS exam, age is restricted to 28!

On July 1, 2010 Chairman FPSC has presented the annual report to the Honorable President Mr. Asif Ali Zardari and explained the dearth of competent candidates especially from Sindh (rural/urban). In order to retain and attract the smartest people in the civil services the president had ordered to give incentives to the bureaucrats and young civil servants in terms of constructing high rise buildings and increased pay packages. It is indeed a good move forward but the basic question remains unanswered that how would government attract ‘competent’ people for civil services? In 2008, the annual report was presented to the president highlighting some problems in which the prime one was ‘declining education standard’, the real road block for skiming out best of the best; in 2006, approx 82% and 68% were failed in Essay and English Precis Writing respectively. This percentage rose to 92% in English Precis Writing, quite pathetic. On the basis of such drastic and declining education standards, the recruitment system was gravely demanding improvement. Owing to this need, consultants were hired through word bank as stated in annual report 2008 which is as follows:
c) Improvement in CSS Recruitment System.
Consultants hired through World Bank have completed their study
on CSS recruitment system and after thorough analysis, FPSC’s
recommendations for improvements have been forwarded to the
Government. Modifications and changes in our present system are
essential in order to bring CSS recruitment system in line with modern
day requirements and practices.

Consultants’ fee was payed off from tax payers’ money yet we are unable to implement the changes suggested by them. We are so much radical and conservatives that we seem always in love with our old archaic practices. Why can’t we adapt to global changing patterns? I think that is why we are backwarded, war torn and extremism ridden society although we are a nuclear state. Simply, we don’t want to get change, we don’t want to mend our ways and don’t want to learn from the history.

India and Bangladesh have very flexible and relaxing age criteria for the prospective candidates of Civil services having graduation as academic qualification. India, Pakistan and Bangladesh have the same system of government as inherited from the British Raj. But how the others evolved their system to compete the modern challenges of globalization and how naïve are we to complicate the system to suite a regime’s vested interest. India and Bangladesh has age limit of between 21 to 30 but they facilitate to have maximum participation for it is the democratic right of every ‘capable and competent’ person to serve his or her country. Please see below the criteria of both neighboring countries; India and Bangladesh.

I would strongly suggest the government and policy makers to enhance the age limit to 35 years and qualification criteria to at least 16 years. Most of the universities are offering now four years graduation program i.e. candidates are getting 16 years of education as compared to previously 14 years of education.

This will help to cut down unnecessary training costs abroad for the people of this mature age would also bring some experience coupled with expertise with them to run the business of state effectively.

It is requested to Honorable President of Pakistan Mr. Asif Ali Zardari, Chief Justice of Pakistan Mr. Iftikhar Muhammad Chaudry and His Excellency Mr. Yousuf Raza Gilani to please look into this matter and do needful. Our President has claimed in his Birmingham speech that he is a common people’s president and vigilantly aware of peoples’ problems and issues.
Therefore, it is requested to Mr. President to specially look into this matter being the Awami Saddar.

The author is a freelance writer, having rich corporate sector experience. He can be reached at