While the Fake Civil Society (FCS) and right wingers of Pakistan are busy in ridiculing Dr Firdous Ashiq Awan attacking her accent, gender and non-urban background, here is an excellent article by Tanvir Qaiser Shahid which offers a balanced perspective on Dr Awan’s choice as Pakistan’s Federal Minister of Information and Broadcasting. It may be noted that Dr Firdous Awan joined the PPP in 2007 before elections, and contested a general seat on the PPP ticket in upper Punjab. She defeated a towering figure of Musharraf’s regime, i.e., Chaudhry Amir Hussain, the sitting speaker of the National Assembly and that too by no less than 30000 votes. She is extremely well popular in her constituency in Sialkot. 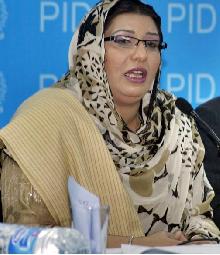