Editor’s Note: Our contributer, Razzak Memon, has provided us a list of 5 whom he defines as “liberal fascist”. Please bear in mind that while we support his right to express his views, we do not agree with the full article. For instance, we feel that there are some notable differences that Razzak does not highlight in the current post, e.g., the fact that aside from Tariq Ali, none of the other four have a natural head of hair; sorry, Javed, we think you are wearing a topi, shrouding your brain, especially donated by your friends in Aabpara. Also, aside from Imran Khan, all the four others have a moustache.

In a time when definitions are constructed on whim and when semantic jugglery and out of context facts are liberally used, it would be sad to miss out on all the fun of being judgmental in Pakistan.

Lately, both the terms liberal and liberal fascists have gotten a bad rap
which they clearly don’t deserve. In order to take the stigma out of these terms, here is a list of five luminaries who are not only great liberals but even better liberal fascists. As Hamid Mir, our best journalist has demonstrated time and time again, one can be very liberal with linguistics, common sense and meaning and define anything to mean anything! In that regard, why should the words liberal and liberal fascists be any different.

Essentially, most upper middle class Pakistanis are liberal. We are talking about the urban elite as this segment is the only one that matters in the national discourse. Of course even within this elite, the only narrative that is important is the Punjabi-Mohajir, Sunni-Wahabi construct which we call our national ideology. Those who don’t subscribe to it and insist on such Hindu-Jewish ideas such as diversity, are of course TRAITORS and are likely to be Amrikan (if they are white) or RAW (if they are dark skinned) agents.

As for the other sects and religions and those impure folk traditions, they are not good for us and need to be put in the same dustbin that harbours the rif raf of our sub-nationalist groups like the Pushtuns, Sindhis, Seraikis and Baltits. The Baluchis are the utter scum as they don’t want us to decide what to do with their minerals and gas and are getting too uppity.

As I was saying, most of us are a liberal lot. We only imbibe single malts, wear fashionable dresses, have the right country club memberships and of course, possess an affected accent that is right out of the Oxbridge manual for elitist Pakistanis. Most importantly, we are very liberal with the truth and context. Of course, we will not be strict in such definitions as that would make us illiberal which we are not.

For instance, we will accept Mosh Zaidi as he has such a cute American accent and has an amazing chameleon like ability to change his views. We will also accept Urdu medium types like Javed Chaudhry because for all his faults, he too is liberal as our evidence will highlight. Only liberal people fool around and are not hypocritical about it.

In order to take the stigma out of these terms, here is a list of five luminaries who are not only great liberals but even better liberal fascists. And here, we don’t mean fascist in a bad way. Just like the Taliban, these are the “good” fascists. They are those who use all kinds of vague, ambiguous and shifty discourse to make sure that the “strategic depth” initiatives of the security establishment are always supported.

They may sound mildly critical of the Taliban but fully support the Taliban conquest of Afghanistan and are always ready to dilute any actual criticism of the Taliban by a variety of different tactics which include diversions, deflections and false analogies. However, these individuals are dear to us and for their combined effort in supporting the Taliban who are good fascists; we have termed their supporters, the liberal fascists.

Here they are, in order of the frequency of their appearance in Pakistani and international media: 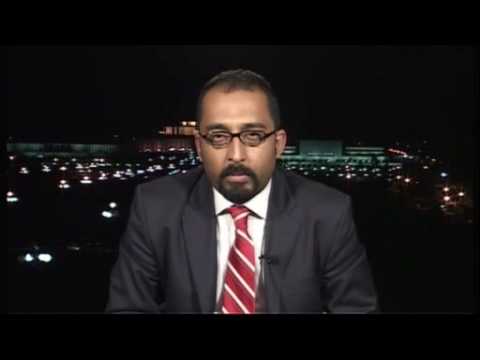 His full name is Mosharaf Zaidi. However given the fact that he is a rap aficionado and is liberal, we took the liberty of calling him Mosh Z. Sounds so much more cooler, doesn’t it.

Since the murder of Shaheed Taseer, Mosh Z has rebranded himself as a liberal and is winning hearts and minds and (probably even more dollars) and is the voice of Pakistan on CNN and Al Jazeera; something he aspired to since his Karachi American School days. We think USAID is doing a fantastic job by throwing money at him; especially since he promotes the same line that is promoted by the other liberal fascists, i.e., the cause of extremism in Pakistan is the US invasion of Afghanistan.

We also really appreciated his recent trip to India (on their government’s dime) and his splendid refusal to his hosts to NOT visit the site of the 26/11 Mumbai attacks. This would have been insulting to our national hero, Hafiz Saeed and to our true Mard-e-Momin, Chief Pontiff of the Judiciary, His Holiness Chaudhary Iftikhar who freed Hafiz Saeed on the basis of “insufficient evidence”. Mosh Z was simply being deferential to our other national heroes by refusing the requests of his hosts; the same national heros who are filling the streets of Lahore with thousands of Pro Blasphemy law supporters and whose lawyers showered petals on Taseer’s murder.

As someone who is such a sincere supporter of Islamofascism, we salute Mosh Z as our number one liberal fascist. If the ISI were to pick a spokesperson to advocate the cause of the Taliban, they could not have chosen a better one than Mosh Z.

When world attention was on Pakistan, Mosh said exactly the same thing as another top liberal fascist, Imran Khan did; that the cause of religious extremism in Pakistan was the US “occupation” of Afghanistan; an occupation that is part of an official NATO presence with UN mandate.

He is so right. The cause of religious extremism in Pakistan is not the use of the country as a laboratory for Saudi-funded Wahhabism or its orientation as a military citadel of Islam to serve the interests of the ruling elite, its the Americans!

We are overjoyed that this liberal fascist son of the soil is being heard and that people are ignoring the facts that religious extremism in Pakistan was there since the inception and has lead to much violence after Zia ul Haq used the State itself to spread extremism and violence. This explanation is not a liberal interpretation of the truth but completely mired in boring facts and as elitist liberals, we reject this notion completely!

We wish him the best of luck in his financial endeavours and hope that USAID gives him a raise over the $38,000/= USD it paid him for a 2 month project on SME development. This project that still gave Mosh Z plenty of time to speak out of both sides of his mouth on our nightly independant media, another great quality of liberal fascists. After all, they have to be financially savvy and cater to the demands of their various donors and sponsors.

However, no one can accuse them of being unpatriotic because no matter which side of their mouth they are speaking of, they remain loyal to the folk traditions of Rawalpindi, Aabpara and Muridke.

And to the detractors of our top 5 liberal fascists, especially Mosh Z. Its none of your business where Mosh Z earns his money from or how his various donors affect his ability to be an analyst. He is a liberal fascist, not an independent and objective analyst!

A series of posts on the remaining dignitaries will be published in the next few days on these pages. Stay tuned!