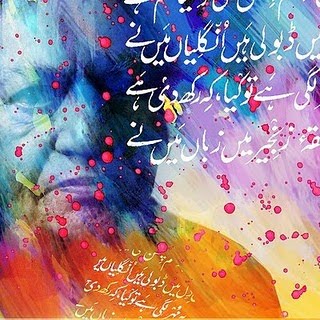 13 February 2011 is Faiz Ahmed Faiz’s 100th birthday. A lot has been written on him and a lot will be written. Generations have been inspired by his words and he has been widely read in the world. We all owe to him and that is why it is sad to see Faiz becoming a commodity.

Yes, I felt it deeply over the years that some who sell in name of liberalism and art and literature have made him a fashion rather than an inspirer, people sell him just like they sell everything else.

Faiz is being sold the same way people sell their faith, their conscious and their soul in the market. It is distressing to see that a critic of capitalism and market is now used like an advert while his core beliefs, commitments and contribution are neglected.

Our society is on the way which was and would have been condemned by Faiz; weak democracy dominated by relentless military establishment, disregard of civil rights and labour laws, totalitarianism, destroyed education system, worsening health facilities; almost no hope for the masses en large.

So here is a big question, will Faiz become a mere symbol of one’s intellectual aptitude or he will remain alive in the masses to be an emblem of independence and equal rights?

Worst is to see the decline in literary activity and pursuits in common people. Faiz did not write for people of drawing rooms and clubs, he wrote for the masses and he worked all his life for them. Same masses now are deprived of opportunities to seek knowledge and progress. Our education system is almost collapsed so as civic facilities and opportunities to help promote healthy activities.

No wonder now Faiz is becoming a distant, fading voice of yesterday as the number of those who can read and understand him is decreasing; no wonder he is aloof from people though our problems have not been changed rather increased. We need to bring him back to his people.
And this is what we have to promise ourselves and him: