Charter of irresponsible journalism in Pakistan in 2011

What is however saddening is to see the relatively more honest foreign journalists and sincere progressive individuals (including those belonging to the PPP) who get entrapped by the dominant (anti-politicians) narratives carefully crafted and propagated from certain quarters.

While it is understandable that some PPP persons are naive enough to fail to distinguish between friends and foes, or have their immediate personal interests in mind, the case of foreign journalists recycling the FCS and urban elitist narrative is rather intriguing.

Sometimes I wonder if foreign journalists in Pakistan are naive, lazy, or both? Why are they so conveniently influenced and entrapped by the pro-establishment people (urban FCS) who currently surround them?

Perhaps several foreign journos don’t realize there are carefully made cobwebs waiting for them in Islamabad (and also in Lahore and Karachi) before they land in Pakistan. While the main spiders are located in Aabpara, the mini-spiders are those English speaking urban elites who are routinely soft on GHQ (because of ‘certain reasons’) and incessantly harsh in their assessment (and misrepresentations) of elected politicians.

While friends of the establishment don’t brandish their benefits or certificates of loyalty, it is possible to identify such individuals through their narratives.

Take for example the case of Sherry Rehman and her proposed bill to amend the blasphemy law.

There is an unmistakable common narrative in Ansar Abbasi and Mosharraf Zaidi’s articles in yesterday’s The News (9 Feb 2011).

Where Ansar Abbasi and Mosharraf Zaidi agree: PPP is bad.

However, the common goal and conclusion is: PPP is bad.

Common aim of Ansar Abbasi (and other rightwing proxies) and Mosharraf Zaidi (and other pseudo-liberal proxies) is to discredit the democratic government and pave way for a military saviour. sunjian ho jaan galian vich khaki yar phiray

Both articles were published in The News (of Jang Group / Geo TV notorious for its links with Aabpara and campaign against the democratic government) under the able supervision of Shaheen Sehbai (Group Editor) and Najam Sethi (Political Advisor).

Ansar Abbasi’s report is out-rightly non-sense, which is a usual characteristic of his Jamaat-e-Islami motivated propaganda against a secular party. Aasia’s case is sub-judice hence government can’t do much on that front. Sherry Rehman’s (private) bill was never presented to the parliament. Thus killing the bill is a misrepresentation. 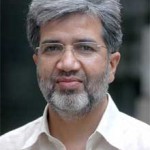 Under the signature of Khushnood Akhtar Lashari, Principal Secretary to the prime minister, the PM’s Secretariat Tuesday issued the order, which reads as: “The prime minister has been pleased to approve the proposals contained in the subject note of minister for law, justice & parliamentary affairs. Ministries concerned are being conveyed necessary directions on actionable proposals, copies of which are being endorsed to you (ministries) separately.”

Law Minister Babar Awan while talking to The News also confirmed that his proposals have been endorsed by the prime minister, who has agreed to reject the proposal for amendment in the blasphemy law besides returning the Interior Ministry’s proposal seeking pardon for Aasia Bibi while her appeal is pending against her conviction before the Lahore High Court (LHC). The law minister, in his note, had also asked for the rejection of Shehrbano Rehman’s (Sherry Rehman) bill, seeking amendment in the blasphemy law. The note in Shehrbano’s case had recommended, “The present private member’s bill as reported in the press stands verbally withdrawn by the member concerned too……The blasphemy law as discussed in the preceding paragraphs have already been examined by the Federal Shariat Court under clause (2) of Article 203D, Federal Shariat Court has already decided that the legislative instrument under question is in accordance with the injunctions of Islam and has declared the alternative punishment repugnant to the injunctions of Islam. This decision by virtue of proviso (b) to clause (2) of Article 203D has taken effect already, therefore, in view of the aforesaid resume the Criminal Law (Review of Punishment for Blasphemy) (Amendment) Bill, 2010 moved by Shehrbano Rehman (Sherry Rehman), MNA is liable to be rejected.” The approved note of the law minister had concluded that the death penalty for blasphemy as provided in section 295C of the PPC 1860 is well in accordance with the injunctions of Islam as laid down in the Holy Quran and Sunnah of Holy Prophet (SAW) and “NEED NOT TO BE CHANGED OR AMENDED”.

Mosharraf Zaidi, a US-aid funded and GHQ friendly journo, is more subtle in his approach, hence more dangerous because he carefully mixes lies with truth. “The degree of responsibility” in his writing matches the “degree of aid from foreign agencies” and the “degree of support” he gets from dark forces. He writes: “PPP threw the last PPP MNA with any dignity and righteousness, Sherry Rehman, under the bus.” Really?

Here is an assessment of Mosharraf Zaidi’s approach to journalism which was published earlier this year:

The shenanigans of the fake civil society, it seems, want the PPP to collide with the resurrected alliance of Barelvis, Deobandis and Wahhabis by suggesting that anything less than a hasty repeal of the blasphemy law would be unacceptable.

However a relevant fact that requires attention is that the PPP has 130 members in an assembly of 342 members. As a percentage, that comes to 38% of the votes which is insufficient to pass any amendments in the constitution or present a new bill that makes changes in the Pakistan Penal Code. In order to pass any amendment, you need 66.67% votes which means 228 seats in the national assembly and 67 seats in senate.

In 1988 assembly, PPP had 94 members; while in 1993 assembly, it had 87 members. In essence all three times, the PPP has never even had a majority of its own. It has depended on small groups / regional parties to form a coalition government.

So the demands by the “civil society” to hastily repeal laws like the 295-C in the Pakistan Penal Code and shifting all the onus on the PPP is unfair and based on malice (and possibly motivated by their puppet masters in Aabpara).

Wonder how will Mr Zaidi explain his flip-flop between responsible optimism and irresponsible journalism in Pakistan. Here is an extract from his article under review published in The News. 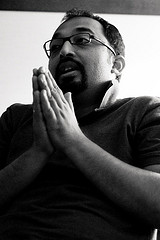 Drowning in our delusions
Mosharraf Zaidi

On New Year’s Day this year, I advocated a responsible optimism for 2011. Three days later Salmaan Taseer was murdered by a man that taxpayers sustain to protect them and their representatives. A day later, a man appointed by the legitimately-elected government of the PPP, Mr Rehman Malik, declared that he would kill blasphemers with his own two hands. A month later, the unanimously voted-in prime minister of Pakistan threw what seems to be the last PPP MNA with any dignity and sense of righteousness, Sherry Rehman, under the bus.

The majority of the news media has treated Sherry Rehman roughly the same way as it treated Taseer. With contempt, and little regard for facts. Rehman’s private member bill was submitted to the assembly but never tabled. There was nothing for her to withdraw. Yet the PPP’s decision, announced by the prime minister, to not even consider the bill is being presented as an all-round victory. The bill did not even approach talk of repeal, but rather sought to give legal legs to the procedural changes required to make the provisions of the PPC work harmoniously with the objective of the law – which is to provide justice and prevent injustice.

Zaidi writes: “the quality of journalism in Pakistan is in grave danger”. I agree; an example is the very journo who wrote this line. Zaidi is so obviously drowning in his own delusions. He has a contagious disease of dishonesty and PPP-phobia. Anyone seriously interested in one’s own credibility must steer clear of him!

What is however evidently different in MZ and AA’s narratives is while AA ‘boldly’ and shamelessly attacks Aasia bibi’s right to live, MZ like other FCS paper tigers has chickened out. It is worth noting that FCS wallas have simply stopped writing or protesting in Aasia bibi’s defence since Taseer’s murder by a brainwashed footsoldier. While FCS wallas such as Zaidi are blaming Taseer’s own party (PPP) for abandoning him, they have completely forgotten to visit Aasia bibi, write in her support or organize civil society protests in her defence.

The joint plan of AA and MZ is to push the PPP from both sides: they are half-siblings, represent the interests of the  mullahs and the #FCS who share same father.

Can anyone ask our “responsible” media persons: will you explain how so much classified material on Raymond Davis case is finding its way to media?

Will Mosharraf Zaidi and Ansar Abbasi care to expose and confront the military establishment’s plan to put PPP under US pressure through falsehoods about Raymond Davis even though his visa was authorised by the ISI? Or is that topic and line of narrative beyond their ‘official brief’?