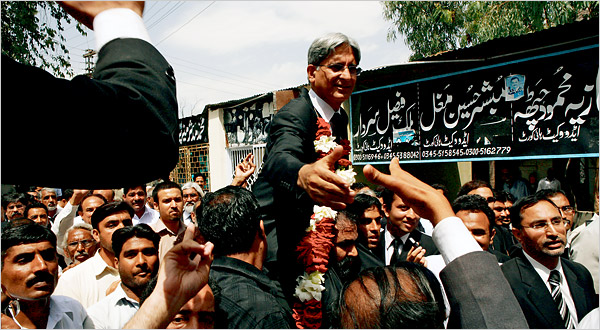 Peasants for Democracy (PFD) is a non-partisan organisation of rural and poor Pakistanis. The PFD members are weary of the fact that voices and perspectives of rural and poor Pakistanis remain suppressed and misrepresented by the urban elite and their middle class paraphernalia of Karachi, Lahore and Islamabad/Rawalpindi who often promote the military establishment’s interests in the garb of the civil society.

Through this post, the PFD seeks to express its dissatisfaction with the way shaheed Taseer murder case is being handled by the prosecuting lawyers.

We are extremely upset and alarmed by reading the following news items:

Malook cites security concerns and lack of instructions from the government as reasons for withdrawal.

Prosecutor in the Salmaan Taseer murder case, Saiful Malook, has withdrawn from the case citing security concerns and lack of instructions from the government. Malook said the government had promised to provide him with security while he was following the case, but has not fulfilled the promise so far. Malook also claimed that the case challan was incomplete as the police have not yet determined if the assassin, Mumtaz Qadri, was instigated by clerics to murder the late Punjab governor. He said the challan will remain incomplete until the case against the clerics is decided.

On February 1, a Pakistani court deferred theindictment of Qadri as the prosecution could not provide some documents to defence lawyers. Hardline Pakistani Islamist parties have rallied insupport of Qadri. Liberals and civil society activists were outraged when Qadri was showered with rose petals at the earlier court hearings.

We, the PFD, are saddened by the fact that the pro-Iftikhar Chaudhry lawyers (belonging to Imran Khan’s PTI, Nawaz Sharif’s PML-N and Qazi Hussain Ahmed’s JI) who showered rose petals over Mumtaz Qadri, and their liberal allies of the urban civil society, have refused to contest Salman Taseer’s case.

Apparently, the urban leaders of the lawyers movement, who were once the icons of bravery and resistance during military dictatorship of General Musharraf, are now too scared to act as prosecutors or counsels in the Taseer murder case.

Senior lawyers such as Aitzaz Ahsan, Hamid Khan, Justice Wajihuddin Ahmed and their low ranking assistants and cheerers of the Civil Society such as Ayesha Tammy Haq, Nasim Zehra and Syed Iqbal Haider played an active role in the movement to restore Chief Justice Iftikhar Chaudhry.

Aitzaz Ahsan played a key role in the movement, represented CJ Iftikhar Chaudhry in the SCP, defended his case in the public and media, and also wrote inspirational anthems in the Lawyers Movement. In view of his courage and bravery against tyranny of General Musharraf, and his hero image in the eyes of the civil society, we propose that Aitzaz should lead a panel of prosecutors in the Taseer mruder case.

Peasants for Democracy demand that a panel comprising the following persons represents Salman Taseer’s family in the court. 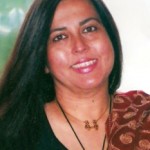 In particular, we would like to have Ayesha Tammy Haq contest the case on behalf of the Taseer family. She was the sister in law of Salmaan Taseer and more importantly, she is a lawyer (though corporate) herself. She can fight the case more passionately than any other lawyer and assist Aitzaz and other senior counsels.

The PFD will keenly monitor those who support the above demand and those who may offer all sorts of excuses to save the icons of the civil society from this public demand.

Urban civil society must not trust the corrupt and coward government:

Therefore, Aitzaz Ahsan must voluntarily appear in the court as counsel on behalf of shaheed Taseer’s family. Aitzaz Ahsan and his panel of urban civil society may once again lead this nation to victory against all odds, threats and harassment by the mullahs; as they did the last time they took on PPP’s mullahs and militias in 2008-2009.

If PPP jiyalas and some civil society persons may attend the Taseer murder case in the court, why can’t Aitzaz and Tammy Haq? Indeed, they are not even below the Zardari tola in courage.

In view of the fact that Governor Taseer was killed by his own security guard, the whole concept of security has become meaningless. This corrupt and coward government cannot be trusted with the security of the prosecuting panel.

We therefore suggest that dozens of ‘chief tere janisar, behsumar’ may offer personal security to Aitzaz Ahsan, Tammy Haq and other counsels. Fans and flatterers of Aitzaz Ahsan come to mind who may voluntarily act as human shield around Aitzaz and Tammy when they appear in the court. They can show to the world that they can offer all sorts of sacrifices to uphold the rule of law and liberal values in Pakistan.

Despite some rumours on the internet, we don’t believe that Aitzaz and Tammmy etc are coward, and that they are hiding because of security. This does not match with the image of Aitzaz we knew in the lawyers movement days.

Aitzaz Ahsan, Hamid Khan, Iqbal Haider and Justice Wajih etc are the urban civil society heroes. They will not disappoint us at this crucial juncture.

Aitzaz Ahsan and other panel members too must rise to the occasion and struggle for justice to Taseer. This is a test of their leadership and sincerity. This is history in making. The great Aitzaz Ahsan and his panel MUST make sure that Mumtaz Qadri goes to gallows for his crime. May God and the civil society be with them. Amen.

So where is that band of fearless lawyers which claims to have brought down a dictatorship? Why is Eatzaz Ahsan not saying anything?

How come the CJP Choudhary is not taking suo moto notice here, he seems to be doing a lot of that elsewhere?

@kumar CJP is not taking suo moto because it has nothing to do with potato or tomato prices in the country!

What do u expect. A govt, that could not even investigate the murder of ex Prime minister BB and ran to the UN, obviously is terrorised by the religious fanaticism. The chickens have definitely come home to roost.
Alternatively how to provide security to the Prosecutor, There could be killers among them. My guess is that the prosecutor may be afraid more of the security than the public. No wonder Mumbai murderers are roaming scott free in Pakistan as no one dare touch them 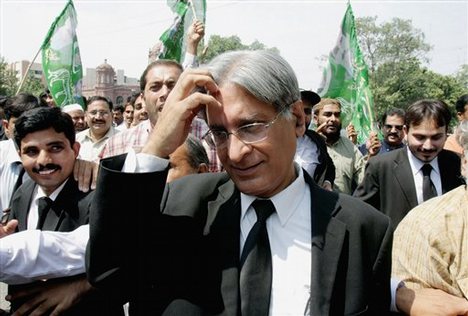