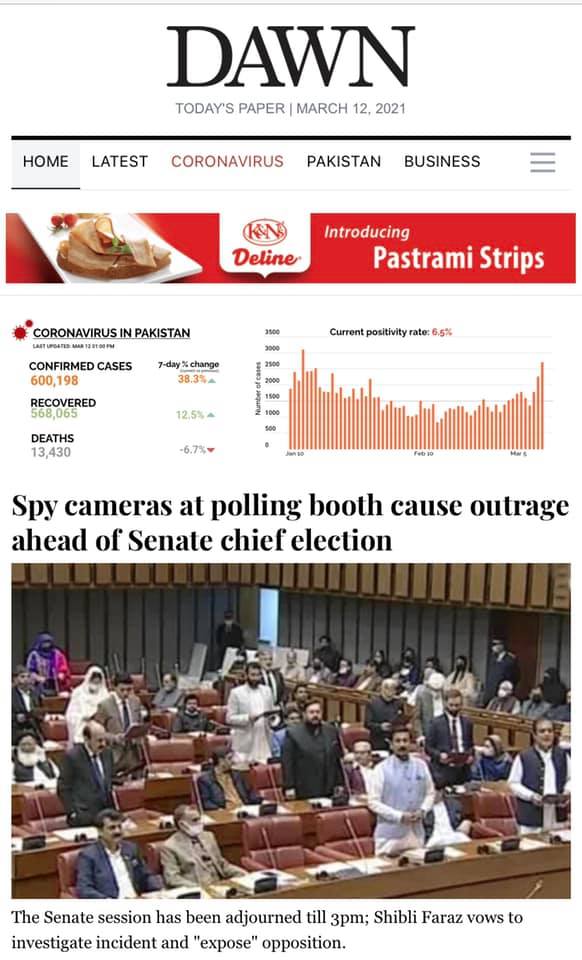 Based on the bile being spewed from both #Establishment divisions, it is obvious that Gillani’s stand in itself has been a victory for #PDM and #PPP.

One division is the obvious PTI branch of the Establishment where #ShibliFaraz has already blurted out that all means (fair and foul) will be used to keep control. The pathetic PTI itself cannot even field a candidate for the #Chairman and have already bent the knee, again, to the “State’s” choice, Sadiq Sanjrani. #Sanjrani, as we all know, is another in a long line of those who betrayed PPP to bat for the Establishment.

The other Establishment branch (#NajamSethi, #HussainHaqqani, #GulBukhari, Sirmed, #MurtazaSolangi, Mazhar Abbas etc.) is also spewing venom against Gillani, PDM, Zardari and PPP. This establishment wing wanted a deal for Shahbaz Sharif and the keys to Punjab.

This wing sees #Punjab as their Fiefdom and couldn’t care less about what #Sindh, #Balochistan, KPK, AJK, GB has to say. In Punjab, they are only concerned about Urban Central Punjab and GT road.

The fact that #Gillani is also from (South) Punjab and Raja Pervaiz is from (North) Punjab does not matter to these racists and chauvinists. They are paid to posture as “anti establishment” while their script is not very different from typical establishment touts.

So even if Gillani wins, which he should if the proceedings are fair, this racist lobby will claim that the “Establishment let Gillani win”. Essentially, their motivation is to stay within the loop and get paid; these establishment chauvinists are least concerned about the plight of the average Pakistani.

This lobby has always lied against PPP including the failed No-Confidence motion against Sanjrani earlier. Sirmed had lied that it was PPP senators who had cast their vote for the Establishment. Later, PML N Senator Pervaiz Rashid came on the record himself and clarified that the 13 Senate votes came from PML N.

So the Hussain Haqqani network and Sethi lobby has little credibility left anyways.

The Establishment has #SELECTED Sanjrani and defined him as the “choice of the State”. They (establishment) has even rigged the polling booth with video cameras. This means that the Establishment considers Yusuf Raza Gillani as “anti-State” and thus anti-establishment.

Gillani, PPP, PDM and all those in PML N who are standing with Gillani, are the true and actual Anti-Establishment.

This is the victory of PDM.