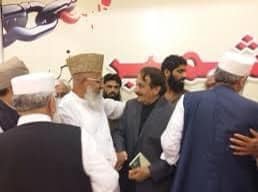 We know that #PTI is incompetent and venal and that #PMLN’s Mercantile-Trader Central Punjab constituency is beholden to Takfiri terrorists.

We know that PPP Sindh Government is the only party in Pakiatan that has tried to take a stand against the Takfiri terrorist murderers of #DanielPearl.

We also know that sections of Pakistan’s Judiciary supports the Takfiri terrorists of ASWJ-LeJ. The corrupt PCO former Chief Justice, Iftikhar Chaudhry was a darling of Pakistan’s civil society, ISI, #CommercialLiberals and #BoutiqueLeft.

Pakistan’s Supreme Court judges, barring exceptions, often advocate in favour of Takfiri terrorists. This tendency of supporting and advocating for terrorists was a central pillar of Iftikhar Chaudhry’s disastrous tenure as an ISI-PMLN.

“Among those who fear the consequences is Fida Hussain Ghalvi, a key witness in a case in which Ishaq was accused of killing 12 members of a Shia family during a Majlis in 1997. When Ghalvi and three other men identified Ishaq, he told them in front of a judge that “dead men can’t talk”. Five witnesses and three of their relatives were killed during the trial. Ishaq was acquitted because of “lack of evidence”.

But that is just the tip of the iceberg. A more remarkable case involving the anti-Shia leader from southern Punjab was the bombing of an Iranian culture centre in Multan, also in 1997. Eight people were killed. When investigating officer Ijaz Shafi persuaded two witnesses to appear in court, his car was sprayed with 13 bullets. Anti-Terrorism Court judge Bashir Ahmed Bhatti convicted Ishaq but the Supreme Court overturned the conviction in 2006 because of “lack of evidence”.

Iftikhar Chaudhry’s judiciary, out of spite and hatred against PPP, damaged Pakistan. Any decent judge or lawyer was circumspect about the role of this judiciary. As opposed to sycophants like #BabarSattar and #JibranNasir.