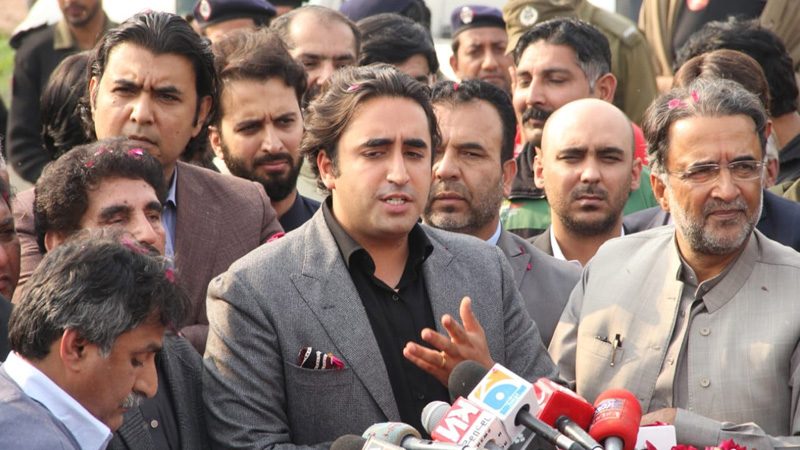 It is so unfortunate that PPP’s official media is always under the control of those who have soft corner for takifiri elements, ala Deobandi/Wahabi extremists. There used to be some non-official social media channels like #LUBP however in the past couple of years such channels have lost their voice in the current noisy political atmosphere.

I compare the current politician environments with that of 2007. There are so many parallel one can draw. Such environments are very difficult to analyse and predict. Let me first try to establish some parallels based on hindsight of 2007’s events.

Much after 2007, I wrote an article on how it was Kyani who was planning against Musharraf and Iftikhar Muhammad Chaudhary (IMC) was his pawn in this game. One must however understand that it was not easy to spot that nexus between Kyani and IMC, even if one could, there was no question that one had not sided with IMC and judicial movement.

It was for that reason that despite her reservations against IMC and her on-going negotiations with Pervez Musharraf, SMBB did whole-heartedly support Judicial Movement and declare IMC as “her chief justice”.

Remember that Pakistan military establishment is divided into two warring factions, a takfiri and non-takfiri. Obviously it is hard to say about a particular general about his orientation, takfiri or non-takifiri, as no general carries a badge telling what is his orientation. And you never know when a non-takfiri becomes a takfiri due to bribe, pressure and other factors.

However we can take an educated guess by taking info account few things. For example, the more takfiri media is against a given general, there are greater chances of his being a non-takfiri or if takfiri media is supporting a specific general then there are definite chances that he is a takfiri. Similarly anyone who is supported by takfiri organizations like SSP, JUI, JI and PML-N then there is definite chances that this general is a takfiri asset.

Based on this criteria, I usually identify generals like Musharraf, Bajwa, Faiz, Bajwa-2 as non-takfiri, while Kyani, Pasha, Raheel Sharif, Sarfraz etc. as takfiri.

(BTW this formula can be applied to judiciary and other departments as well).

Based on this background, one can draw the parallel, that due to the anti-democratic role of non-takfiri generals in politics, takfiri political factions are in a good position to gather a momentum against the non-takfiri military establishment. However just like 2007, they do need the support of PPP as without PPP no mass movement can get any credibility and neither it can produce any results.

And just like in 2007, when Pervez Musharraf being the dictator (I used to call him mad dictator), will not budge from his position in any negotiations, in 2020 we see a similar behaviour from Imran Khan (though a political leader, but his dictatorial tendencies are so obvious).

Takfiri military establishment will have to give (and it is giving ample space) to PPP in Punjab and the rest of the country. Which means that unlike in 2007, PPP in 2021 is a stronger party in the negotiations.