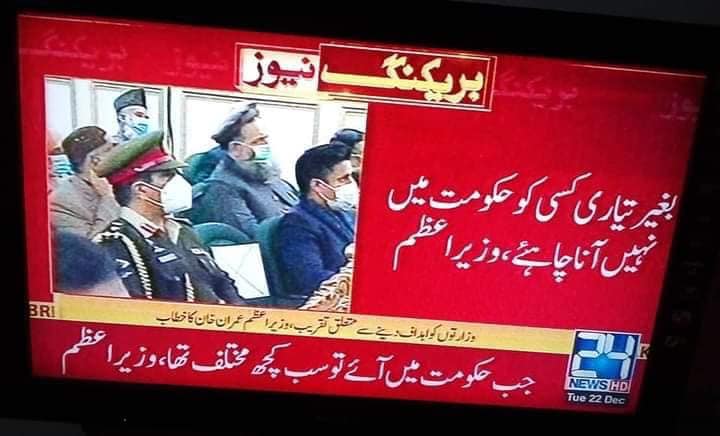 A part of us is saddened when we see Niazi exposing his ineptitude, ignorance and inherent dishonesty. We wish to remember him as a great cricket player.

Even then we knew that the intelligence and strategy of his captaincy came from Javed Miandad. And his authority to “lead” 11 talented cricketers came from cousins like Javed Burki who controlled the cricket board and selection process.

We knew that Niazi got his way with the board to pick and choose series to preserve his health and his statistics and *rarely bowled on unresponsive Pakistani wickets after the 1982 series. We could not believe the rampant drug allegations against Niazi in 1987 by Qasim Umar. Whose promising career ended immediately.

We knew that Rameez Raja and Mansoor Akhtar did not deserve to be in the team as Mansoor lacked the nerves and Rameez, well he lacked both the talent and ability of his brother Wasim. But Rameez was a fellow Aitchisonian frat boy and a typical suck up to power.

That is why Shoaib Mohammad, with a far better record against tougher competition got to play far less and not as consistently as Rameez. And this was within a tightly controlled and managed environment where Niazi had the full support structure to succeed.

Running a country does not work the same way. And in spite of a rigged election that took away 30-40 seats from PPP and 10 seats from ANP plus a team full of turncoats, Niazi still needed further post poll rigging and the purchase of Independents by his funder JKT to barely form a selected regime.

And despite constant help from the media, judiciary and his security establishment handlers, Niazi has still flopped. Many of us had awakened to Imran Niazi’s Delusions and Corruption by his arrogant 1992 World Cup speech. At that time, he wanted to grab even the prize money awarded to the team for his charity projects.

We should have taken Qasim Umar’s 1987 allegations more seriously. Rigging a cricket match is one thing. Rigging an entire country is another.