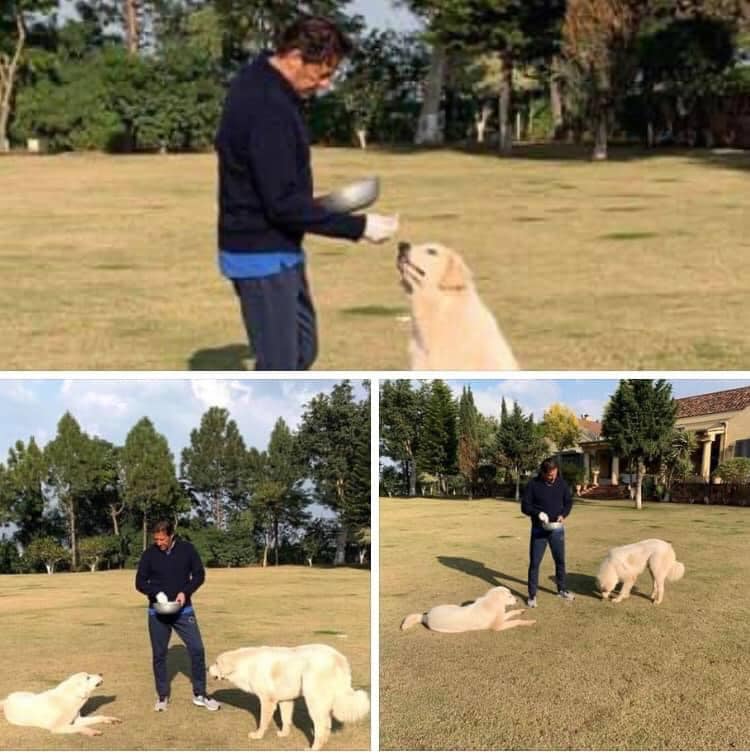 That Pakistan’s urban, elite, educated chattering classes could so easily have been brainwashed by this corrupt, show boating junkie, shows the extant of the problem.

When one first saw these pictures for the first time, It looked like this was a vast holiday resort, a Hill Station. This is apparently #BaniGala which is 300 Kanal in terms of size.

That is 300 times the size of a house of anyone categorised as Upper-Middle Class in #Pakistan. Which idiot would believe that, #ImranKhanNiazi, the corruption and nepotism beneficiary of 3 powerful tribes with disproportionate representation in the civil military bureaucracy, would be free of corruption himself.

In comparison, the 2008-13 #PPP actually stabilised and grew the economy under the most horrible global conditions and record floods. They passed legislation that blocked the path of racist autocrats and addressed the grievances of the Baloch, Pashtun, Sindhi, Seriaki, Urdu speakers and Punjabi through record breaking social services delivery like BISP and Watan cards.

It was PPP that repaired and developed relations with the #US, EU, India, Iran, #Russia, #China, #Turkey, Afghanistan, Bangladesh etc. Only Saudi Arabia rejected this government due to the sectarian propaganda being spread by the then Troika of #GeneralKiyani, #NawazSharif and corrupt PCO judge, Iftikhar Chaudhry.

Even Establishment Propaganda rags like DAWN group had to admit that out of Musharaf, Nawaz Sharif, PPP and Niazi – It was the PPP government under Zardari/Gillani/Raja Pervaiz that performed the best on the economic front.PPP achieved this despite continuous attacks from the #Troika.

The PPP-ANP government repeatedly requested then COAS General Kiyani to launch an operation against Takfiri terrorists in North Waziristan. Instead General Kiyani relied on Nawaz Sharif, #SheikhRashid and #ImranKhan to abuse Zardari and advocate in favour of the Genocidal Taliban.

While Nawaz Sharif has reluctantly come around to start admitting his pathetic role, the brainwashed #PTI cult remains unrepentant.