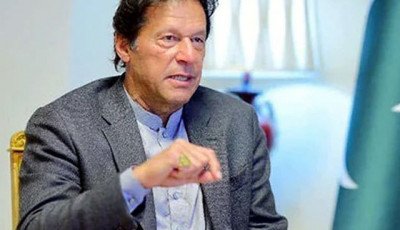 They have no other vision to sell. They hold the masses in contempt and don’t want to offer the country anything. When a 37-year old Bhutto spilt from Ayub, he was immediately attacked and blamed for everything.

Without any proof of course. He was blamed for not even being a Pakistani citizen, not being a Muslim and of course a traitor. Funny how none of this came up when he was the foreign minister in Ayub’s cabinet. Anyways, this is not to say that Bhutto, Benazir and Zardari were/are saints.

They certainly never claimed to be. But at least they had some kind of economic and political vision instead of this mud slinging.Now whenever many young, urban upper-middle class folks are asked what is the problem, their answer is always:“Two families have looted Pakistan for 70 years.

Imran Niazi needs at least 10 more years to sort this mess.”By Imran’s own definitions and parameters that he stressed on in his “22 years struggle”, he is the most corrupt and incompetent.

So clearly his blind supporters have no clue what they are talking about. His (dwindling) supporters in Urban Central Punjab harp about how a couple of Western Fast Food Chains came to Lahore recently – which for them is the ultimate sign of progress. His supporters in Urban Sindh keep yearning to move to Lahore which they think is Paris. And feel that their lives are impoverished because 2-3 Western Fast Food Chains opened 6 months earlier in Lahore than they did in Karachi.

These are the same deluded and cultish apologists of PTI who claim to be experts in everything that has happened on every square inch of Sindh in the last 12 years.

They also worship the over-priced swill at Starbucks. You will need cartons of Panadol and many baths (if you still have access to running water) after engaging in any debate with this lot. Between 5-10 years ago, this same lot were worshipping at the alter of the Sharif family business dynasty.

Then they swung faster towards PTI than Imran’s famous in-dippers in the 1980s. Because that’s how they were programmed to.