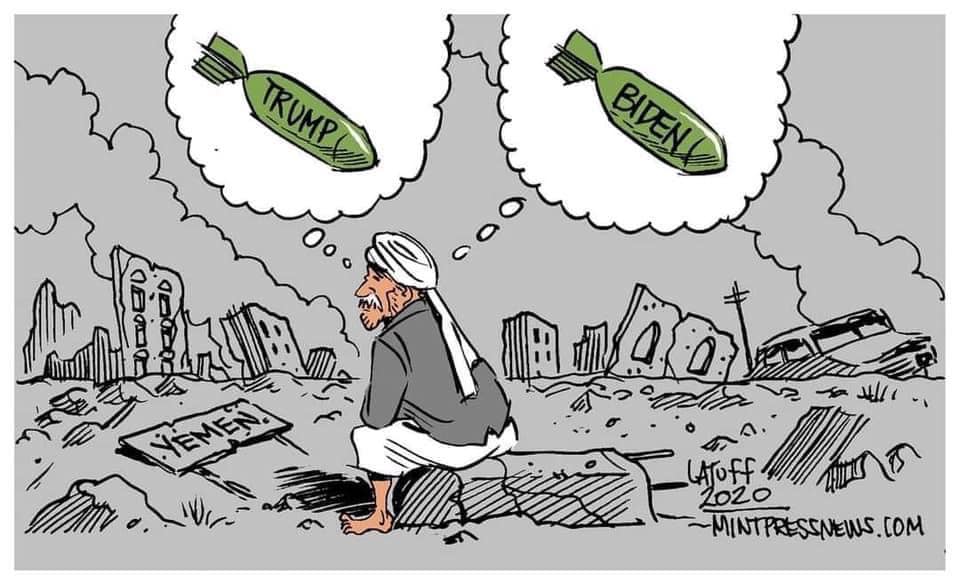 The worst thing about the 2020 elections were the neo-liberal bull sh-t artists. Both the pollsters and prognosticators were so wrong. And let’s not pretend that these elections don’t affect the world. They do.

Biden is likely to win in a very close election. There are no right wing fascist militias on the streets. Let’s be honest. That’s more likely to happen in Islamabad, Karachi and Lahore.

I don’t think the Republican Party is going to support Trump on any recounting demands. There is too much at stake here. But one could be wrong. But this is not a victory for the Democrats either and had it not been for African-Americans and Latino Americans, Biden would not be looking at victory.

Biden himself has a terrible record of backing the most racist legislation like the 1994 crime bill. Anita Hill. And then there is his awful record on war, the environment and Corporate Socialism. And while one can and should take on Ivanka, Jared Kushner, Donnie Jr and Eric, Hunter Biden is a no go area. If you talk about Hunter Biden, you are a worshipers of Stalin.

And Hitler. Which is ironic at so many levels since the US under Trump even armed the Neo Nazis in Ukraine. And Trump was under impeachment proceedings for daring to delay the supply of these weapons….But the Republicans, while moving past Trump (in his likely electoral loss), will not spare Biden.

Between those Republicans who are in Biden’s cabinet (union-busters like Kasich) to those outside, Biden will be in a vice. And Kamala is not the Joe Biden of 2008. Her record as a California Prosecutor Cop is just horrible.

The Establishment Democrats never really accepted the 2016 electoral loss which was a culmination of 1,000 plus seats lost by the Democrats under Obama. Will the Republicans forget this?And have the Democrats learned anything at all. The world awaits with bated breath.

As an “ultra traditionalist”, I hope the likely Biden Administration will:

1. End All Wars and not start new ones in Venezuela, China, Ukraine, Iran, Bolivia, Armenia and Ghana. I am not an expert on science but aren’t wars and bombing bad for the environment. Especially the ones with (reduced) Uranium.

2. End Fracking which literally poisons the ground water. Last I checked that too comes under the environment.

3. Free Assange and issue pardons to whistle-blowers like Snowden and Manning.

4. Maybe, just maybe, talk about providing public healthcare. There is a global pandemic going around these days.

5. Regulate Wall Street and Silicon Valley and end Social welfare for the Billionaires.

6. Deport less people than you did during during 2012-16; which ironically exceeded Trump’s deportations by wider margins that your likely electoral victory.

7. Stop blaming Russia, China, Iran and Timbuktu for the deep problems with the voting infrastructure in America.

8. Get medical help for your dementia. Legalize weed all over.

10. More delivery, less fear mongering. I hope you and yours are not offended by these suggestions. After all, that is what you wanted. No criticism before the polls and holding to account after.

Very sorry if you find this offensive. Please don’t cancel me. I have tried to emulate Civility to the point of Diabetes.