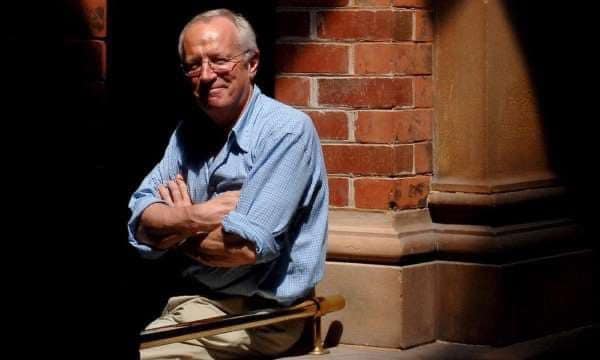 Robert Fisk veteran war reporter passed away aged 74. People are attributing RF in great admiring way.Independent UK writes:The Independent paid tribute to a journalist who was “renowned for his courage in questioning official narratives” and publishing “frequently brilliant prose”.“Fearless, uncompromising, determined and utterly committed to uncovering the truth and reality at all costs, Robert Fisk was the greatest journalist of his generation,” said Christian Boughton, editor of the Independent until last week and now managing director.“The fire he lit at The Independent will burn on.”Robert Fisk had used to challenge official narrative of Western governments so he had become disliked reporter among boot-lickers of global neo-liberal establishment.

There is Urdu proverb:

Same job was done Hussain Haqqani Sahib and his disciple Muhammad Taqi, when they were expressing condolence over death of vetran journalist Robert Fisk.

Haqqani is blaming Robert Fisk of blinding “Jihadist extremism” in last years of his life just because Robert Fisk had filed objective and based on ground realities investigative reports on Iraq, Syria, Lebanon, Yemen and he had exposed US militarily interventionist policy in Middle East.

He exposed the role of US, France, Turkey, UK, and its allies in Middle East like Saudi Arabia, Qatar in spreading radical Salafist Jihadist Wahhabist extremism in the name of regime change in Syria, Libya and in other countries. Mr. Haqqani is included in those Pakistani Pro-American Liberals who are still supporting Jihadist proxies backed by US-Saudis in Syria.

He was the one if very rare western war reporters in Middles East who had had showed that how western media had misguiding the western citizens and the world against Syria’s government. He was among those few reporters who had refuted the blame of using chemical gas by Bashar’s government against so call Syrian rebellions and common people, when even big papers and tv channels of western countries were spreading the said false news. He was among these reporters, who had exposed the White Helmets’ role as proxy of the US and its allies against Syrian Government.

Mr. Haqqani and his other comrades hate Robert Fisk because of his honest reporting and write-up on conflicts and wars in Middle East, which exposed fully Western Neo Liberal Regimes and its allies in Middle East.Read Fisk’s analysis on “War on Yemen”, from first day he condemned the Saudi Arabia and its allies. He also said in clear words that US and its Western Allies are responsible for famine, atrocities in Yemen. Haqqani and majority of Pro Western Pakistani liberals always buy the false propaganda of internal neo-liberal establishment and peddle it.

Hussain Haqqani was working for Nawaz Sharif when Nawaz was actively working with Osama Bin Laden. This was proven when Rahmat Shah Afridi went on the record against Nawaz Sharif on this matter. Nawaz Sharif took money from Osama Bin Laden to fuel sectarian violence and fund coups against the elected government of Benazir Bhutto in 1990.

Since when did Hussain Haqqani become a voice against WSD (Wahhabi Salafi Deobandi) extremism and Takfiri Terrorism? Haqqani started his own career as a Jamaat e Islami youth leader. He peddled smut and slander – especially against the late Benazir Bhutto and her husband, Asif Ali Zardari. Much of Haqqani’s smut against Asif Zardari (that Asif used to sell cinema tickets in the black , Mr 10 %) were spread all over Pakistani media and even international media.

No proof was found for Haqqani’s allegations against Zardari. In fact, Zardari literally owned the cinema and the precious commercial real estate of the cinema. Like many of Pakistan’s liberal sellouts, Hussain Haqqani peddles the Neocon lies against Syria. Lies that have been systematically debunked now. Especially the lies about chemical attacks blamed on Syria which were debunked by Fisk among many others. Including OPCW whistle blowers.