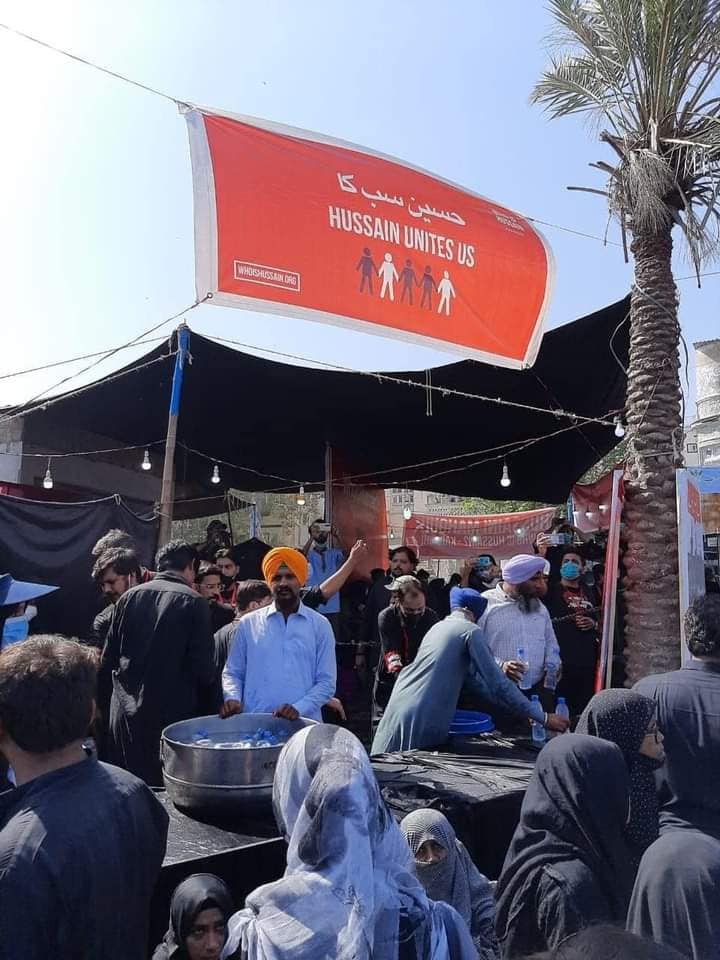 Two contrasting processions took place in the last 30 days. One was the Supremacist hate rallies, taken out by ISIS-affiliated, Yazeed-worshipping groups like Sipah e Sahaba. This took place about 30 days ago.

Even those Sunni Muslims ,who don’t worship Yazeed and absolve him of his crimes against both the Sacred and Humanity, were not welcome at these Sipah e Sahaba hate rallies.

Young and old, men and women, children and seniors, Shias and Sunnis, Hindus and Christians all attend the Chehlum processions.

Whereas Sipah e Sahaba rallies are the gatherings of deranged youth bussed in from Paedophile Madrassas.

The Chehlum rallies are the antithesis. Pakistan owes a debt of gratitude to the law abiding and devoted citizens who grace the Chehlum gatherings of Imam Hussain (as). It is this gathering of love and devotion that has protected Pakistan from the hate-filled, Yazeed-worshipping rallies of Sipah e Sahaba and their quislings.

1. The last part of the procession was at Old Numaish at 6.15 pm, which in fact is it’s starting point- the quantum of attendance must be at least thrice it used to be usually and

2. The missing persons’ announcements from Pak Muharram Association included one which called for one Aisha BiBi whose family was looking for her- means the obnoxious hate messages spread by the mullahs a few days back had no impression on our sunni brethren and they were physically participating in the juloos.