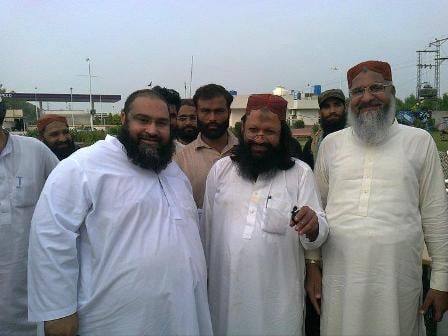 Police departments from four provinces , Counter Terrorism Department Punjab, FIA have been registered more than 1000 Firs under laws directly deal with blasphemy, hate speech , sectarian hatred, Public Safety Maintenance , Law & Order all over the country. More than 500 such cases have been registered just in Punjab by CTD Punjab.

“99% cases under articles 295 A, and 298 A of Blasphemy laws, under PECA have been registered against Shia community in relation to either speeches made at mourning processions , Mourning Commemoration gathering or posts uploaded on social media. 1% cases have been registered against people related to Sufi Sunni Muslims”, Said a Lawyer from Lahore High Court Bar Association, while talking to this reporter.

Same statement was released to Press by South Asian country’s independent Human Rights Commission, “Most of the cases were filed against Shi’ite Muslims in relation to speeches made at religious processions.”

Rise in registering the cases under the blasphemy accusations and massive street protest have raised concern about possible violent confrontation between the hardline Sunni and Shia groups in Pakistan.

Human Rights Commision of Pakistan – HRCP and Pakistan Bar Council –PBC the highest representative body of the lawyer community both have called the rising in registration of cases against Shia community under the Blasphemy act and organized massive rallies in the big cities unprecedent. Both bodies are worried and feared that it could flare up sectarian violence.

Rights groups criticize the government for not taking action against hardline sectarian outfits, some of which are banned in the country.

Asad Iqbal Butt, a senior official of the HRCP, says the authorities are not doing anything to rein in extremist groups.

“The situation is alarming not only for Shiites but also for the members of other minority groups. The government has turned a blind eye to sectarian organizations that are spreading hatred against Shiites and other religious minorities,” Butt told this reporter.

Qaiser Abbas Sajid, a lawyer and member of Lahore High Court Bar Association of Multan revealed,
”45 cases under articles 295 A and 298 A of blasphemy laws have been registered just in Southern Punjab by Punjab Counter Terrorism Department against the persons in relations to speeches in Majalis-e-Azadari or social media posts, majority of the accused belong to Shia Muslim Community and few accessed persons belong to Sufi Sunni section of Muslim community.”

“Mostly cases under articles of blasphemy laws against the persons belonged to Shia community are registered under pressure of the extremist and hardliner Deobandi and Barelvi clerics and organizations, atmosphere in Police stations, in the courts is so religiously and fanatically charged that transparent investigation of the accusations and transparent trial of such cases has been impossible.

Majority accused of blasphemy under section of 295 A, 298 A are facing serious life threats from the banned and non-banned extremist hard line organizations. Even represent the accused of the blasphemy for the defense lawyers in such cases is not easy job. It is like to put their and their family members’ lives into danger, Lawyer and human right activist Rashid Rahman Khan Advocate’s killing is big example of it,who was the defense lawyer of Junaid Hafiz, an accused of the blasphemy from Multan ”, said a senior lawyer of the Supreme Court.

Human Rights defenders say that Shia Muslims in general and Sufi Sunni section of Sunni Muslim community are facing religious persecution from hardline Deobandi and Barelvi sections. Federal and provincial governments are not taking proper steps to prevent such persecution.

Religious freedom for Shia Community and for various Sufi sections of the Sunni community is being restricted in Pakistan. Recently Pakistan Police booked the persons from Shia community even over eating Niaz and Langar to the people in their houses or erected Alam-e-Abbas at Chowk.

An extremist Pro-Monarchy model of religion is being imposed by force on the Muslims of Pakistan, majority Sufi Sunni doesn’t support that model but government is not ready to counter such things.

Recently Prime Minister of Pakistan Imran Khan has appointed Cleric Tahir Asharafi as his Advisor on Religious Affairs. This decision has created more worries in persecuted religious communities and the Sufi sections of Sunni community. Tahir Ashrafi is allegedly stooge of Saudi Arabia and he supports Saudi War on Yemen and Saudi interventionist policies through expanding sectarianism and sect based civil war in many Muslim Majority countries.

He is biased persons and cannot promote religious harmony in Shia and Sunni communities. His appointment as Pm’s Advisor on Religious Affairs will flare up sectarian violence among Shia and Sunni Muslims.

“Very Un-wise decision was made by PM Imran Khan and it will make stronger to sectarian elements in the country”, said Allama Riaz Hussain Shah Central Nazim-e-Ala Jamat-e-Ahle-Sunnat Pakistan.