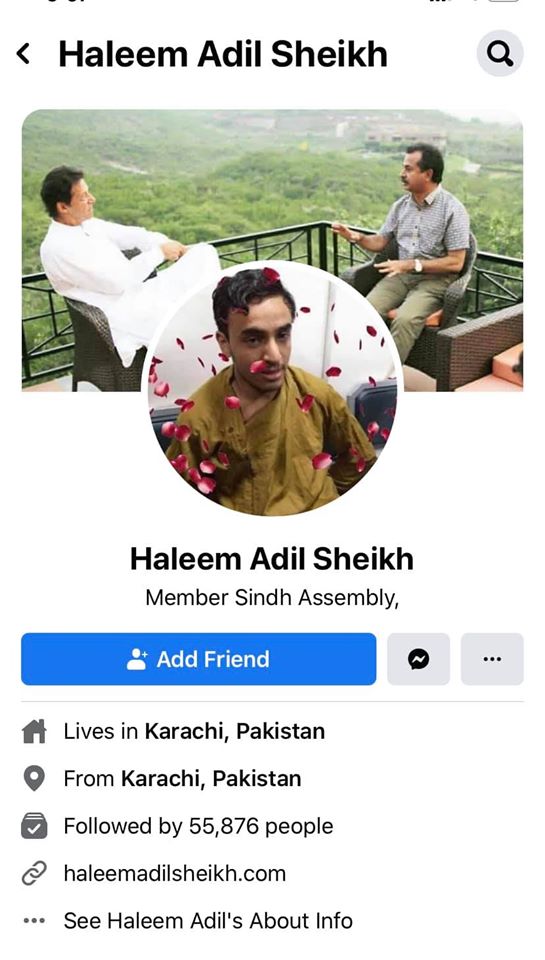 A former Ahmadi, who had left the faith community long ago, was shot dead in Peshawar today. This is the horrific legacy of Sipah e Sahaba who received official patronage from General Zia ul Haq and his protege, Nawaz Sharif.

From the 1980s onward, Takfiri Deobandi groups like Sipah e Sahaba and it’s various avatars were allowed by the State to lynch and massacre Sunnis, Shia, Sufis, Ahmadis, Sikhs, Hindus and Christians.

In the 1990s, the Sipah Sahaba burnt down the Christian locality of Shantinagar. This was when Punjab was under the thumb of the Nawaz Sharif dynasty. This goes back to 1978, to the burning of a Shia Muslim locality, Ali Basti, in Karachi by IJT militants under General Zia ul Haq’s patronage. Joseph Colony was attacked in the last decade.

When the worst massacre of Ahmadis took place in Lahore in 2010, the perennial Punjab CM Shahbaz Sharif acknowledged the LeJ Terrorists who perpetrated this massacre “as our own”.

PPP Sindh Governor Taseer was murdered by another zealot sponsored by the Nawaz Sharif family ,using a Barelvi break away faction under Khadim Rizvi. Captain Safdar, Nawaz Sharif’s KEPT son in law and Maryam Nawaz’s husband, has close links with Khadim Rizvi/TLP and adored Mumtaz Hussain, the murderer of Taseer.

Today, a fanatic shot dead someone who was accused of blasphemy. This happened in Peshawar which is under the PTI government for the last 7 years.

Activists have highlighted how another PTI MPA, Haleem Sheikh, is promoting this cold blooded murderer from his profile pic.

The link to his profile is given below.

If this is true, it is pathetic. But not at all surprising.

The same MPA, along with Nazir Taqvi and Zaffar Abbas of JDC had caused a quarantine breach in Sukkur for their petty and sectarian politics.

The PPP Sindh government had accommodated hundreds of Zaireen in a quarantine faculty in Sukkur during March – May. This was when #COVID19 was spreading exponentially across Pakistan.

The three folks had an axe to grind with the government and incited the quarantine residents to come out and breach security.

This irresponsible and politically-motivated stunt lead to a further increase in those who tested positive.

This is the pathology of Haleem Sheikh. If this profile picture is true, it is another reminder that PTI stands with bigots and mass murdering terrorists.