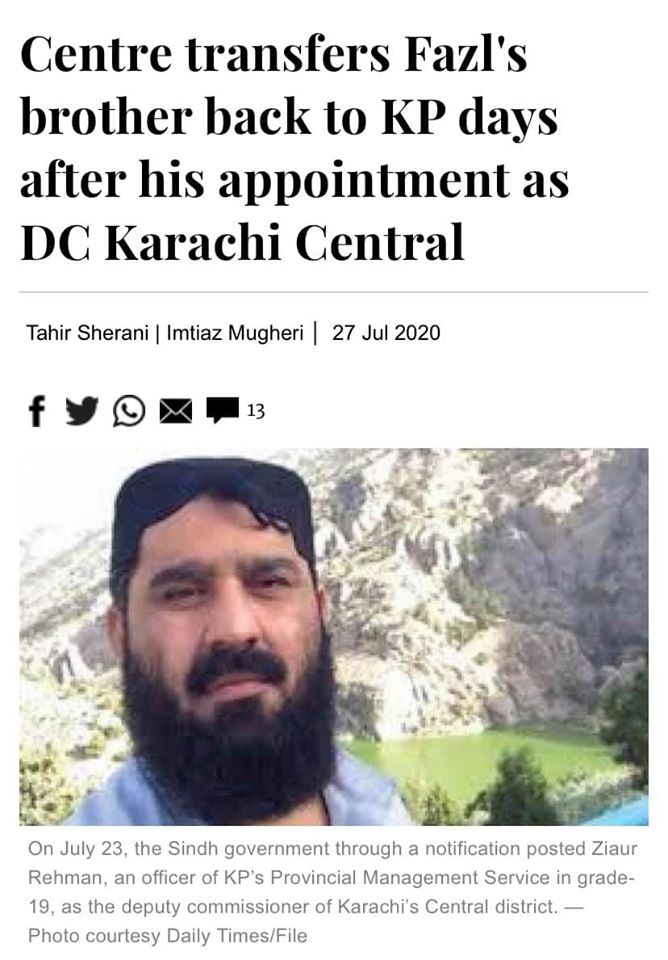 Many of us who critically support PPP are often thrown into a reactionary mode in confronting false accusations and over the top nonsense. A friend has correctly pin pointed the motive of these nasty attacks as ALPS – An Acute Lack of Proportion Syndrome.

For example, just last week, PTI-MQM activists and apologists were running a campaign about the posting of Maulana Fazlu’s brother to a position in the Sindh provincial government. The truth, as it turned out, was that the PTI federal government had themselves deputed him there and have now quickly recalled him back to KPK. So all the accusations about his lack of qualifications were a lie, the pathetic coverage of establishment shills like DAWN notwithstanding.

Then there are the tired and pathetic politics about monsoon rain and urban collapse in Pakistan. This is another pathetic tactic where one simply starts abusing the dead leaders of PPP while avoiding any responsibilities for 35 years of fascism, terrorism, extortion and urban destruction in Karachi. When a prominent social media influence #AliMoenNawazish highlighted worst havoc caused by rain in Lahore, some of the comments were desperately requesting censorship.

In both the instances, PPP supporters have reasons to be critical of their own party. But they are thrust in defensive mode by political opportunists, political orphans and budding fascists. Many PPP supporters do not appreciate any meetings with Maulana Fazlu and cringe at even a temporary political alliance. But this gets drowned out – like urban centers world wide nowadays that are experiencing the problems of climate change and urban rot.

Similarly, the PPP Sindh government needs to do more in terms of drainage of major urban centers like Karachi. For starters, they need to file criminal charges against those elements who have clogged Karachi’s drainage systems with cement bags and undermined garbage collection for decades.

We know that the Cynthia Ritchie distraction was another ISPR production. But these distractions come at a very high cost.

They push PPP supporters, workers and Jiyalas into a defensive mode where it hard to focus on the real issues and problems of the State.

The issue of censorship that is embedded within the Tahaffuz bill is serious and extends beyond curbing religious freedoms. It gives the DGPR vast powers to censor and confiscate books at any stage. And it is not going to stop there.

No one aside from Shehla Raza of PPP has taken this seriously. And this mother who lost her young kids in a horrific accident, has been abused by establishment trolls for taking a stand.

Then there is the issue of an economy that has crashed. If one moves beyond the delusional social media posts of PTI, there are serious problems facing Pakistan.

Spineless Establishment parties like PML N, PTI, MQM, PML Q are not capable of fixing it. PPP supporters need to break through the wall of the old guard and impress these priorities upon their party leadership.