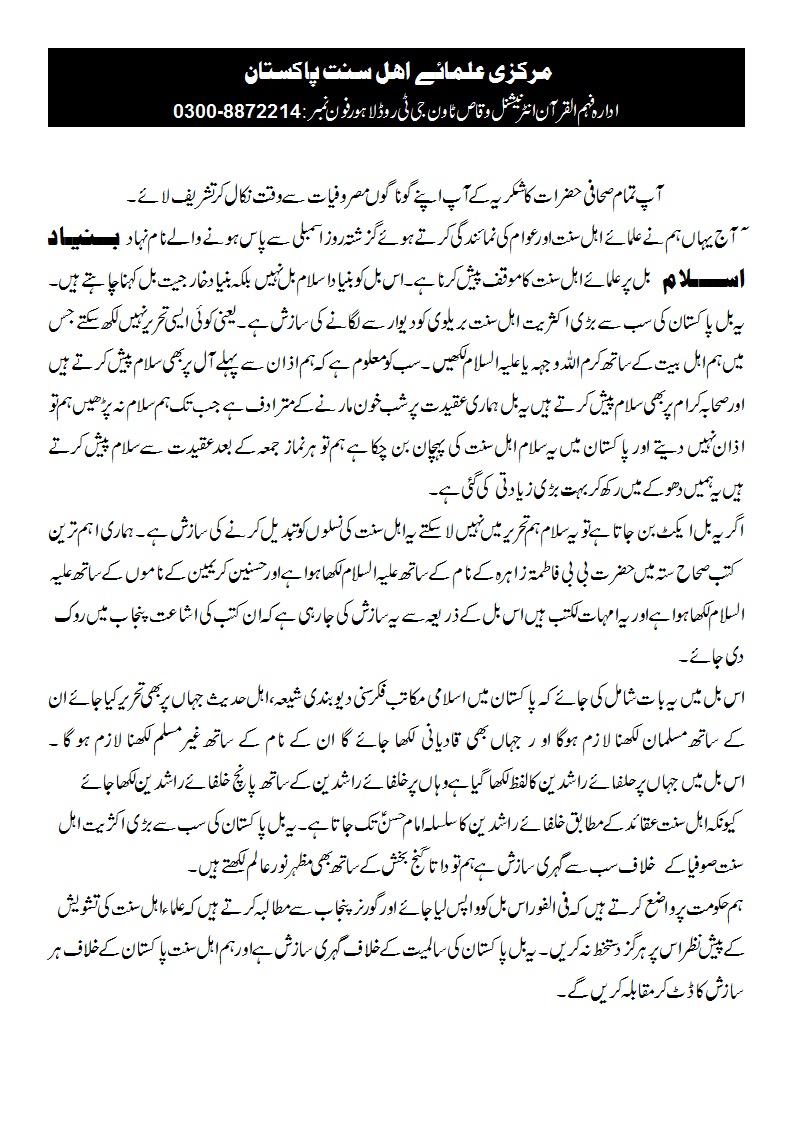 Amidst all the distractions, we have completely missed out on the massive censorship effort that has been underway for over a decade. The Punjab Tahafuz e Bunyad e Islam Bill is a Trojan horse to wipe our freedom of expression in Pakistan’s largest province.

Similar bills, without the sectarian content, have been passed since 2013 in KPK and Punjab. They were resisted in Sindh under PPP in 2017.

However this current bill is using bait and switch tactics for a larger draconian censorship project. The sectarian elements were meant as a distraction tactic to upset the targeted Shia Muslim community that has borne the brunt of #TakfiriTerrorism in Pakistan.

Those using these tactics could not care if it propped up hate mongers like Moavia Tariq. For them it is more important to create further trauma amongst mainstream Sunnis, Barelvis, Sufis and Shias. The real goal is to pass the broader censorship clauses that no one is talking about.

#ShehlaRaza of PPP condemned this bill but she was subject to a vitriol of hate and sectarian bigotry. On the other hand, the 5 PPP MPAs In the Punjab assembly proved as spineless as the 100 + MPAs from PML N and PTI.

Most of us don’t expect much from establishment gestated parties. However PPP, ANP and BNP need to challenge the wide ranging censorship projects underway. These projects, if and when implemented, will take us to a time worst than General Zia ul Haq’s dictatorship.