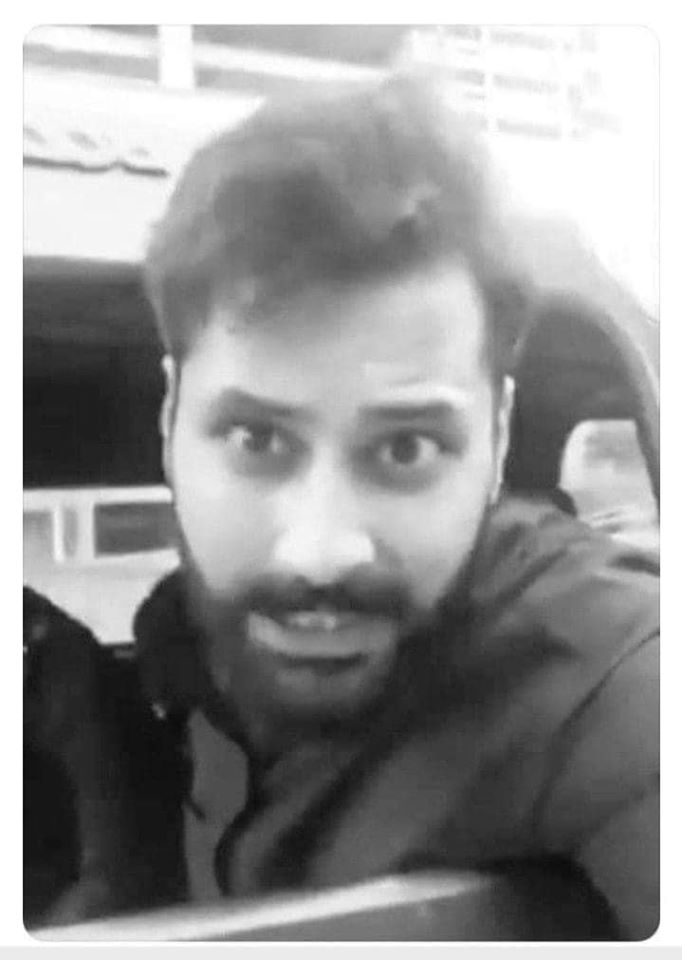 In a “Hussain Day” speech (mid 2010s) at a prestigious and private Business School, #JibranNasir blamed the victims of violence and equivocated both for and against free speech in the same 10-15 lecture. He spoke against one part of the Blasphemy Law while supporting that section of the #BlasphemyLaw that was inserted by #SipaheSahaba.

In the same speech where the ultra woke Jibran lectured victims of Sipah e Sahaba violence about “speaking the truth”, he also said the opposite. He rebuked the participants and their faith group for highlighting the truth that was critical of certain historical figures.

As per Jibran’s warped analysis, one should be selective about the truth and stay clear of topics that might offend mass murdering terrorist groups and hate mongers like Sipah e Sahaba and #TTP.

How can one be for both free speech and against it in the same vacuous 15 minute talk. Look no further than commercially-motivated “activists” like Jibran Nasir.

Sipah e Sahaba’s #MoaviaAzam has taken Jibran’s equivocation to its logical end in the recent controversial bill passed by the Punjab assembly. Aside from his selective posturing, we have not heard anything substantive and clear from Jibran – about why a hate monger like Moavia was allowed to contest the equally comtroversial 2018 election. Moavia is also the leader of a proscribed group.

This was the same rigged election where Jibran was given unprecedented media access by corporate establishment groups like #expresstribune and #DAWN. Jibran managed to increase his vote tally substantively, by running a sectarian campaign and pitching different faith groups against each other. Of course Jibran avoided to speak the full truth – that the wave of targeted killings of Ahmadis, Sunnis, Shias, Christians, Hindus and Sufis was being carried out by Sipah e Sahaba aka ASWJ-LeJ.

Moavia and the Punjab assembly have attempted to take these equivocations by woke opportunists, to their logical end. By completely suppressing free speech and banning books that dare to present an alternative to mainstream imperial history.

It is not just Sipah e Sahaba types who can not tolerate dissent. This intolerance is also there amongst woke activists like Jibran and others. These woke types are often distraught over traditional historical accounts presented by #LeslieHazelton and others.

In fact there is a long standing collaboration between hate groups like Sipah e Sahaba and Jibran Nasir types. When the State finally decided to take action against mass murdering terrorists like #MalikIshaq in 2015, it was people like Jibran and his backers that were most upset.

This lobby conveniently omitted the fact that some of Pakistan’s Supreme Court judges themselves supported these violent Takfiri groups. Judges like Iftikhar Chaudhry (the corrupt former Chief Justice), Ramday, Khosa etc have shown their sympathy to Takfiri hate groups like #ASWJ #LeJ aka Sipah e Sahaba. In fact it was the Supreme Court itself that unleashed boastful, unrepentant, mass murderer terrorists like Malik Ishaq.

It did not matter that Malik Ishaq’s ASWJ-LeJ nearly killed another Supreme Court judge (Justice Maqbool Baqar) in a elaborate assassination attempt that could not have happened without insider help.

While the controversial “Tahafuz” bill has been suspended, we cannot afford to forget the circumstances that lead to it. Nor can we forget about those who collaborated in the process.