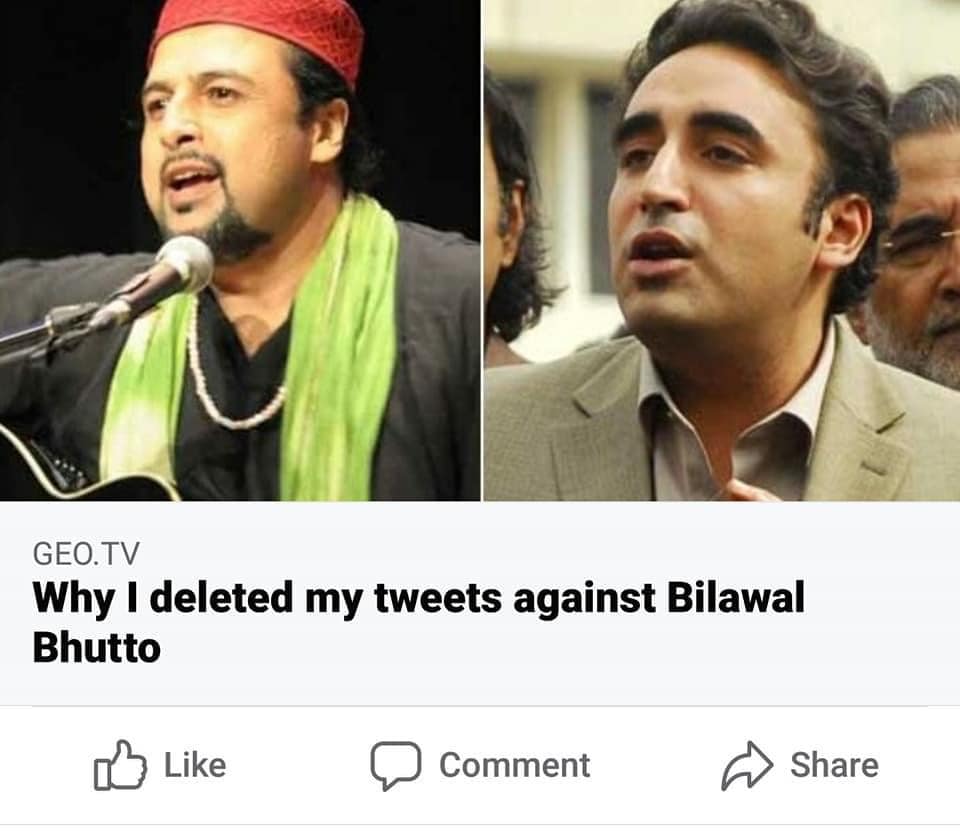 This is a time to reflect and think. Many of us, myself included, can not deny that during his days with Vital Signs and Junoon, Salman Ahmad was an accomplished lead guitarist and good musician.

We cannot also deny that like many people who came of age during the General Zia ul Haq dictatorship and that of General Musharaf, his views on politics are warped.

This is a wide swath of Pakistanis as General Zia and General Musharaf ruled Pakistan for 20 years between 1977-2008. In between were 11 years of 4 shortly lived, elected governments. 2 of these 4 governments also were lead by Zia-ist remnants like Nawaz Sharif who is the original version of Imran Khan.

During this time, it was most fashionable to trash and abuse Bhutto and PPP and spread the most ludicrous slander.

Salman is a product of this national level brainwashing that has taken root amongst so many relatives and friends.

Meanwhile Benazir, Zardari and even an infant Bilawal have been raked through the dirt and dragged to courts and jails for 40 + years. And yet found innocent and spurious charged like Agusta Submarines, Surrey “palace”, Rental power etc charges found to be completely cooked up.

This year, some of us shared images of rainwater flooding in Lahore and London in mock posts criticizing and blaming PPP Sindh government.

And this brainwashed segment lapped it all up.