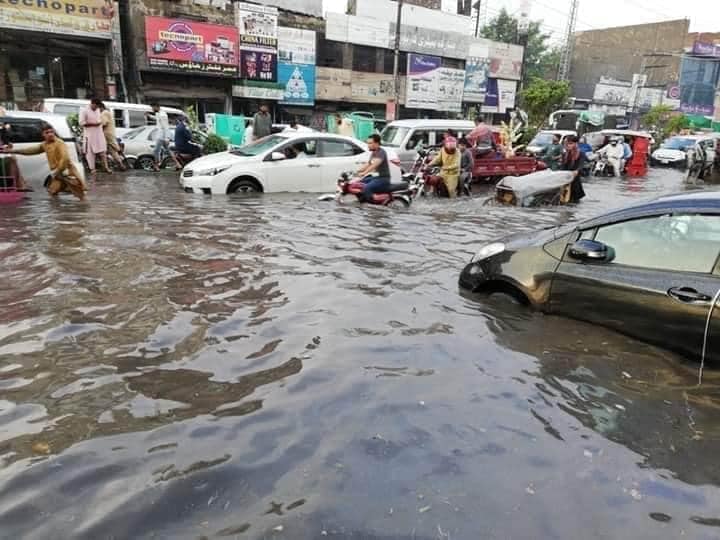 While #Punjab and #KPK don’t have a working local government structure, “Corrupt” “Saen land” Sindh has local government under the most honest, successful and peace loving MQM which evil Sindhi Waderas have not allowed to function.

Karachi is dominated by PPP since 50,000 BC and used to be subject to its barbaric reign since 1914 when a teenage Shahnawaz Bhutto shouted “Idhar Hum Udhar Tum” to his Hindu in laws and caused the break up of United India…….. 33 years later. It’s all there in the 4th season of “#Dark”

This flooding in Lahore, Sindh is due to Zardari’s theft of water from the Ganges. It was taking up too much space in the garrison town of #Bilawal House so #Zardari, oops the ghost of Zardari, released it on the poor inhabitants of Lahore, Sindh and their primitive infrastructure.

Poor #MQM and #PTI have no responsibility for this. We should not even name them.

This is what PPP has done to Sindh in the 1 trillion years that it has ruled Sindh. If only MQM and KMC has been given 50 billion more, this would not have happened.

MQM has made KMC the model of a municipal corporation all over the world and Japanese scientists have praised this in their latest survey.