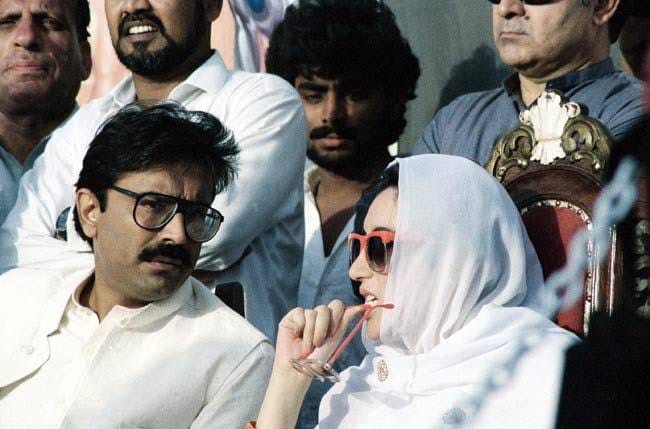 Around the third week of May, PTI-MQM-GDA social media activists started spreading rumors that Asif Ali Zardari was already dead. And that the PPP leadership was waiting till 27th Ramzan to announce his death.

The most nasty example of these vicious rumors was a clip by a Pakistani-Canadian mullah who was formerly a failed MQM election candidate.

The goal of these rumors was very clear. It was to trap Asif Ali Zardari into making a public appearance with a compromised immune system. COVID 19 would have done the rest.

That is why PPP haters were seen goading Asif Zardari into making a public appearance while COVID 19 is growing exponentially in Pakistan. The rumors were in the same nasty and vicious vein that we have seen ever since Benazir married Zardari. The rumors have not stopped and were then expanded into a host of politically motivated charges.

Zardari spent 11 years in jail without a standing conviction over these charges. None of them were eventually proven. However Zardari has never recovered his physical health from that brutal incarceration where Nawaz’s henchmen tortured him physically. While they could not crush Zardari’s spirit or his mental alertness, his youth and health were forever snatched.

Previously, Benazir too was murdered in a Hakka set up by rogue elements within Pakistan’s Deep States – the United Nations report spelled out this conclusion. Zardari and her children begged her not to return to Pakistan after the first attack (Karsaz). Zardari even offered to take her place.

PPP Punjab Governor was also murdered in a similar trap. Using vile critics like Khadim Rizvi, PML N/Nawaz Sharif family and Rana Sanaullah spread incitement against Taseer. One dirty tactic involved using the personal pictures of the Taseer family at the premises of the Lahore High Court. At that time Khadim Rizvi was an Auqaf employee of the Punjab Government of PML N.

The PML N, which runs as the fiefdom of the Nawaz Sharif dynasty, even replaced Taseer’s federal security with their own Punjab provincial security. This included Mumtaz Qadri, the murderer of Taseer. Of course Mumtaz was the one who pulled the trigger. The Nawaz Sharif family placed him there and Khadim Rizvi and some other establishment clerics from both Barelvi and Deobandi sects provided the hate and incitement.

After the tragic murder of Taseer in a Hakka set up by PML N, liberals goaded Zardari to attend the funeral so he could be taken out there by the same (Patwari) forces who sponsor many of these liberals.

So when PTI types tried to set up a Hakka to murder Zardari last month, they were only following the tactics of the establishment/PML N.