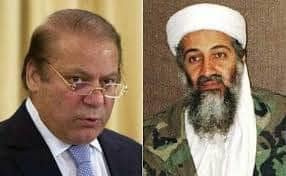 The 1988 election lead to Benazir Bhutto winning the elections in Pakistan. This was inspite of massive pre and post rigging against her. It was probably the most dirtiest political campaign in Pakistan’s history where the Ziaist, Establishment-backed Nawaz Sharif and his henchmen (Hussain Haqqani, Sethi, Saif Ur Rahman, Sheikh Rashid) engaged in the most dirtiest tactics against Benazir Bhutto. Ever dirtier than Ayub’s 1964 campaign against Fatima Jinnah.

Pakistan has already had at least 3 women political leaders who could have been successful Prime Ministers. Fatima Jinnah, Nusrat Bhutto and then Benazir Bhutto. Compare this to the United States which has not even had a female Vice President and only sore losers like Hillary Clinton.

Senior journalist Rahmat Afridi has detailed Nawaz Sharif’s meeting with Osama Bin Laden to convince the latter to undermine the administration of prime minister Benazir Bhutto. Nawaz even took OBL’a money which was later used to purchase members of parliament and fund covert coup operations by Ziaist elements within the army.

Nawaz Sharif, the darling of Pakistani liberals, has never apologised for these reprehensible tactics and for his intimate associations with the US-backed military dictator, General Zia ul Haq.