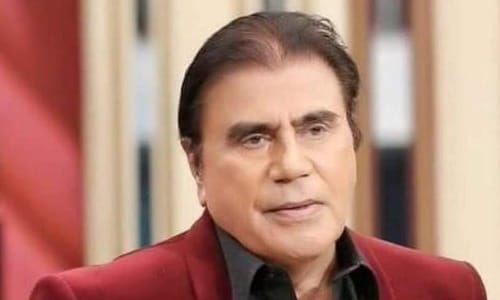 If you thought that #TariqAziz got fame due to his Neelam Ghar (Auction House), you are seriously uninformed. The Tariq Aziz archaeology predates the Neelam Ghar well over a decade. He was an actor before he was anyone or anything else. When the Pakistan People’s Party was established in 1967, Aziz was a well-known TV actor and had no political ambitions. He had nothing to do with politics till Zulfiqar Ali Bhutto won big in West Pakistan.

Aziz became a superstar overnight after #Bhutto took over as prime minister. In his daily shows, Aziz mimicked his ‘socialist’ clapping style—throwing his arms up in the air and clap for a couple of minutes. In the same program, he would repeat the mimicry a number of times only to soar even higher on the steed of fame. Those days, Bhutto was not just a prime minister; he had attained the status of a folk hero with the Punjabis and the Sindhis.

With an uncanny gift of the gab mixed with an immense knowledge of folk poetry, Tariq Aziz hit another milestone when he started another show in which he interviewed people while holding a pencil and strategically using it in lieu of his hand. He adopted Bhutto’s style of smiling and moving his head. He had become the Bhutto of the then only TV channel of Pakistan, the PTV.

Democracy did not last long. The Pakistan Army staged a coup, hanged Bhutto and killed, jailed, or flogged his supporters. Aziz, who some people had mistaken for being a socialist ideologue, disappeared from the scene. If he went silent to avoid torture, it was his choice.

But then, his was an actor’s ideology, which was to remain in the limelight regardless of the system. Soon he started the Neelam Ghar on the PTV. During Bhutto’s time, he had accumulated enough social capital to be a recognizable and trustworthy face. The Pakistan Army had taken billions of dollars from the #CIA and the #Saudi Royals to invade Afghanistan in the name of jihad.

Tariq Aziz was too happy to man the media front. The questions that he would ask his guests during his show must be investigated for a PhD study to uncover how he promoted the paranoid jihadist narrative. For his services, #GeneralZia gave him a special interview on the fifth anniversary of the Neelam Ghar in which he praised Aziz for spreading ‘Islamic’ knowledge through the Neelam Ghar.

In 1988, democracy was restored and Benazir took over as prime minister. His show was closed. At that very moment, Aziz discovered how unpatriotic and un-Islamic the Benazir government was. He went into the super-aggressive mode and joined hands with Nawaz Sharif to demonize the PPP and Benazir. For this purpose, he began writing a column in the virulently anti-PPP Nawa-e-Waqt.

Soon Benazir was sacked and new elections were held in which Aziz won a seat in the national assembly as a member of Nawaz Sharif’s Muslim League. The day the new parliament was to convene, a strange incident happened. In the parliament café, while making his way to a table with Nazir Naji, Aziz passed by a table where Nusrat Bhutto was sitting. He ignored her and sat not far from her. Nusrat Bhutto was sick and her eyes were not good. She called out to her,

No more. After all, Aziz was an elected leader now and had defeated a PPP candidate. Moreover, Zulfiqar Ali was not there to scold him for being so mean and petty. (Nazir Naji wrote a column on this incident, which I happened to read.)

Once an interviewer asked him to explain why he left the PPP and joined its enemies. He replied by telling how his grandfather was such a man of principles who was not afraid of the ruling British.
————————-
This is a typically incisive and lyrical piece by Mohtaram Abbas Zaidi. It presents such crucial background information that helps the reader in understanding Tariq Aziz and his crass opportunism.

I was not a fan of Tariq Aziz and had to suffer his presence on TV as there was not much else. He was a sleazy opportunist and Lota (political turncoat) who “adjusted” his views as per personal convenience.

He was not even in the same league as the best Pakistani film stars like Santosh Kumar and Waheed Murad. Not even in the Mohammad Ali and Nadeem category. Perhaps a poor man’s Shahid or Javed Sheikh.

But he was full of himself. His gas lighting is on par with Nawaz Sharif and Imran Niazi and like them, he represented the gutter Jamaatiya sanctimoniousness that is so endemic among the urban bourgeois.