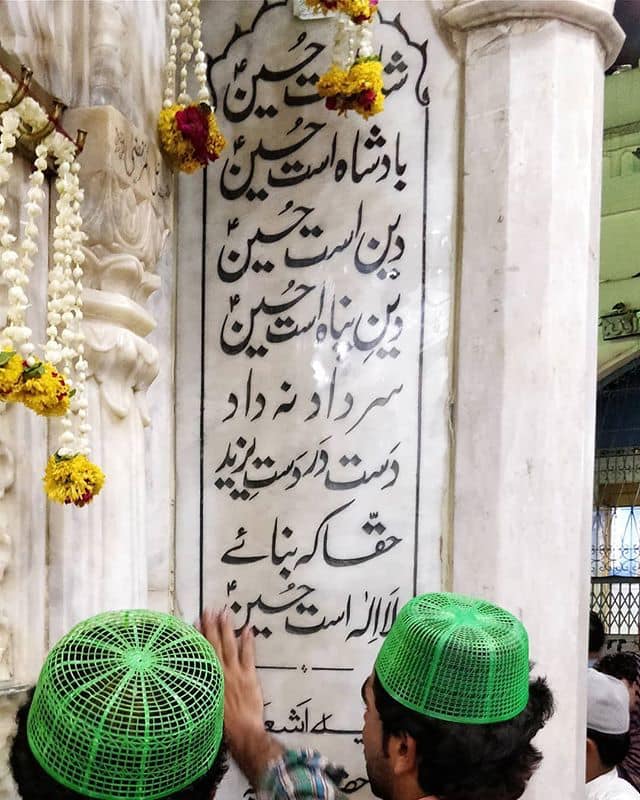 Amjad Sabri paid the cost of acknowledging the Divine

A friend has made an apt observation:

Both are diabolical sides of the same coin, intended to obfuscate or dilute the true divinity/sacredness of Ahlulbayt Athar (as), their Wliaya, & their Isma (infallibility) —“

This observation hit some of us at a deep level and captured something that we were not unable to express so clearly and articulately on our own.

They would talk longingly of going to Konya in Turkey for some hippie dance but would not entertain the simple notion of attending the Urs of Bhittai and Qalandar that is occurring in their own backyard in Pakistan.

Nuh Keller in a “Dars” in Lahore nearly 2 decades ago had the same Takfiri mindset as Sipah e Sahaba. Many of the Silsalas share similar exclusivist and sectarian tendencies.

I went through a couple of books by Martin Lings and the mention of Maula Ali (as) was minimal to none. Barring the exception, much of the texts are the definition of hipster vagueness. And as a South Asian who regularly saw Malangs and Azadars, one could simply not relate to this wishy washy, diluted, new agey stuff.

On the contrary, it was disappointing to see how all these hipster cults simply refused to acknowledge the centrality of the Holy Prophet, Imam Ali and their family in acknowledging the divine.

Beneath the surface issues of elitism and racism, is the more insidious notion that the mention and acknowledgement of the Ahlul Bayt will not be acceptable.

Today, we remember Khawaja Moinuddim Chishti from his poetry dedicated to Imam Hussain.

Nearly every contemporary artist and poet of South Asia acknowledges the sacredness of the Ahlul Bayt. From the late Asad Amanat Ali to myriad ghazal singers, their truest moments was their immersion in reciting Nauha and Marsiya.

On the other hand, we see these hipsters for whom a (Cult) Silsila is just an escapism. It is an excuse for selfish hedonism and abrogating moral responsibility.

When Amjad Sabri was murdered in 2016, it sent shock-waves across the Qawals. For centuries, Qawalis began and ended with the acknowledgement of the Divine and its manifestations, the Ahlul Bayt, the Punjatan.

Some of the in between stuff was simply fillers. But our hipster Sufi types were not as moved by the murder of Amjad Sabri. That sectarian uncle with a pony tale who spouts sectarian tropes politely also calls himself “Sufi”. And his type were not that moved by Amjad Sabri’s murder. On the contrary, there were subtle justifications like:

“He did too much Ali, Ali and was too into Hussain”

This quote captures the crassness, the hypocrisy and the obfuscation of the modern Sufi and their roots of compromise and moral abdication.