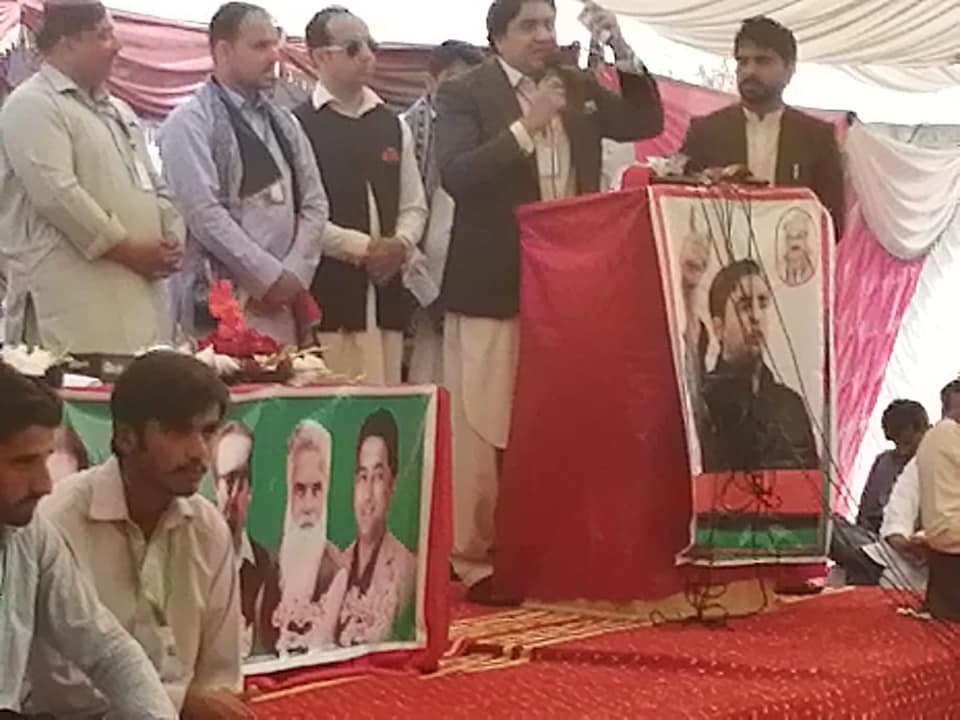 The PPP leadership failed to challenge the nonsensical Deep State narrative that the 2008 elections were won because of a “sympathy vote”.

In reality, PPP lost significant National Assembly seats and votes in the Punjab between 2002 and 2008. Close to 20 seats. Significant rigging by other establishment parties like PML Q and MQM saw PPP loose close to 30 NA seats in the 2008 elections.

PPP had already been weakening in the Punjab since the late 1970s when Bhutto was toppled in a US-backed military coup. Very similar to Chile’s Allende who was toppled by Pinochet.

Benazir Bhutto never had the same foothold in Punjab that ZAB did. Between 1981 to 2018, the establishment backed PML N all but dominated Punjab except for the Musharaf years. Even then, PML N was never lynched and quietly melted into PML Q while it’s leadership cut a deal and ran away to a Jeddah palace.

Both Benazir and Zardari made their most significant political mistakes by repeatedly trusting Nawaz Sharif and repeatedly being betrayed.

In 2009, Nawaz Sharif was backed by the Saudis, United States, the ISI and the military establishment under General Kiyani. This is when PPP really started to crumble in Punjab.

The PPP worker, the Jiyala, had suffered decades of the worst repression under Nawaz Sharif and his IJI/PML N goons. When they saw the party leadership succumbing to PML N, it was devastating!

When they saw Zardari repeatedly bailing out the poisonous Nawaz Sharif, only for the latter to repeatedly attack PPP, it was too much. The vote bank still exists. But why will it come out for the PPP leadership when they have not learnt any lessons from their disastrous and one-sided romance with PML N.

It is 2020 now and it is about time that Bilawal Bhutto Zardari learnt the lesson of distancing themselves from PML N. PTI is a party of establishment duffers but their vote bank in Punjab exploded in 2014 because they offered a strong opposition to PML N.

PPP did not and is paying the price. This mistake can be rectified. It starts with Bilawal as PPP needs to move on from the failed policy of reconciliation with scorpions like Nawaz Sharif.

He needs to do an audit. For starters, PPP has to confront the noxious rubbish being manufactured by the Patwari #CommercialLiberalMafia. Bilawal needs to ask hard questions from those who have been tasked and paid for managing PPP’s media.

He needs to reassess the role of those PPP media managers who betrayed the party during the 2007-9 Liars Movement. Bilawal needs to ask why the PPP messaging has been so abysmal.

A Jiyala presents an analysis of a recent PPP debacle in a 2017 bye election in Lahore.

“Aamir Hasan Deputy Information Secretary Lahore City is giving Bhashan, paraphrasing artificially……
He got 750 votes from such NA Constituency of Lahore where 100 such workers lives who spend many years in Lahore Fort Jail in Zia Era…. But he even didn’t know a single name of those workers. Still he doesn’t try to know about committed experienced workers in his constituency..”

How was this allowed to happen??

All is not doom and gloom. PPP now has more room to operate in Punjab than it ever did since 1977. This was reflected somewhat in the 2018 elections when PPP was able to increase its tally of seats from 2013.

Also, it must be noted that in 2013, the Taliban endorsed PML N and PTI and publicity threatened PPP. LeJ goons under PML N leadership attacked PPP leadership and kidnapped the scions of prominent PPP families like the Taseers and Gillanis. Those circumstances have abated.

Bilawal must continue to expand his efforts in Lahore. It is Lahore, not Larkana that is the birthplace of PPP.

Nawaz Sharif’s problems is an internal tussle within the ruling elite – it has NOTHING to do with the welfare of Pakistan or the problems of the people. PPP should no longer worry about them (PML N goons). Nawaz Sharif is a paper tiger whose true nature is that of a scorpion. He will betray PPP at the drop of a hat. PPP has to traverse the path on its own. Sure, there can be limited and time barred political alliances but nothing more. PPP cannot abandon Punjab to the corrupt crony politics of the Sharif and Niazi clans.

No doubt this is no longer 1967. Those intellectuals who founded PPP have died or been co-opted by the Establishment. Dr Mehdi Hassan know finds common cause with the Jamaat e Islami and has nothing to offer except disgusting slander against the late Nusrat Bhutto and ZAB.

These uncles and aunties are useless. A new generation want to hear from Bilawal. They are not Mummy Daddy chattering class burgers. They are the actual future of Pakistan and the PPP. They are the ones that Bilawal needs to meet in the streets and chai khannas of Lahore.