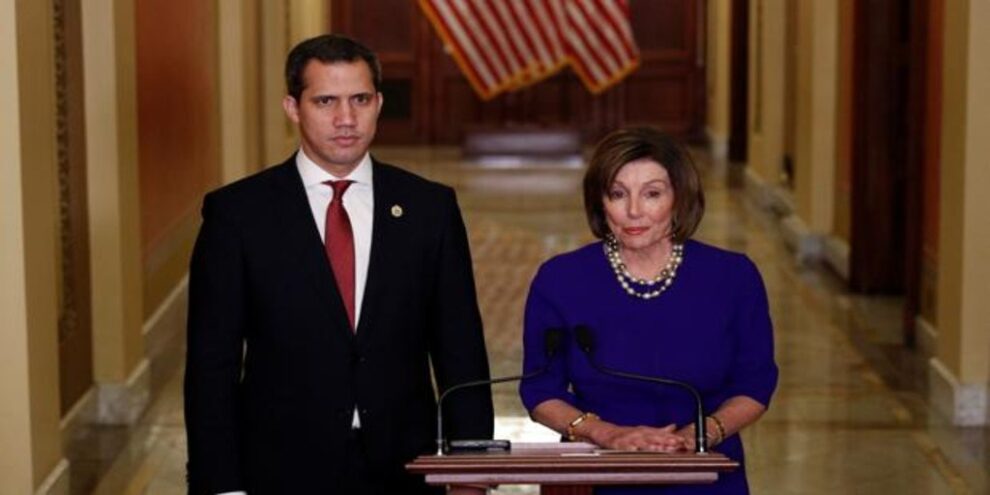 Yesterday Night American President Trump’s State of the Union address proved that not only he was warmonger but #DNC Wallas were also giant warmongers. So you know how the State of Union address typically goes, Democrats sit there with there arms crossed they look very disapproving, they don’t ever clap,they don’t cheer, they certainly don’t stand.

There was one time previous night, when Nancy Pelosi did decide to stand when Trump spoke,

” We are supporting the hopes of Cubans, ‘Nicaraguans and Venezuelans to restore democracy. The USA is leading a 59 Nation diplomatic coalition against the socialist dictator of Venezuela Nicolas Maduro.”

“Maduro is an illegitimate ruler a tyrant who brutalizes his people but Maduro’ s grip and tyranny will be smashed and broken. Here this evening it’s brave man who carries with him hopes, dreams and aspirations of all Venezuelans joining us in the gallery is the true and legitimate President of Venezuela Juan Guido Mr. President! Please, take this message back here….”

Nancy Pelosi stood for regime, showing her hand showing exactly what the Democratic party is, where they aligned with Republicans and that comes down to war and #Regime_Change.

There were a couple of times when Nanci Pelosi clapped previous night and it always had to do with some kind of war or foreign policy largely they still sat, they disapproved.

Once again they shows that they are also warmongers. It is not just Republicans Party, It’s the Democrats too.

So what does this tell you right here when they say North Korea no closer to denuclearize that is them disapproving of Trump’s attempted peace talks with North Korean’s Kim Jong un. They didn’t believe that those should have happened. They thought that it was a bad idea. I don’t know what their ideas was exactly beside oh you know regime change going to war but they certainly didn’t want to sit down and try to have peace talk.