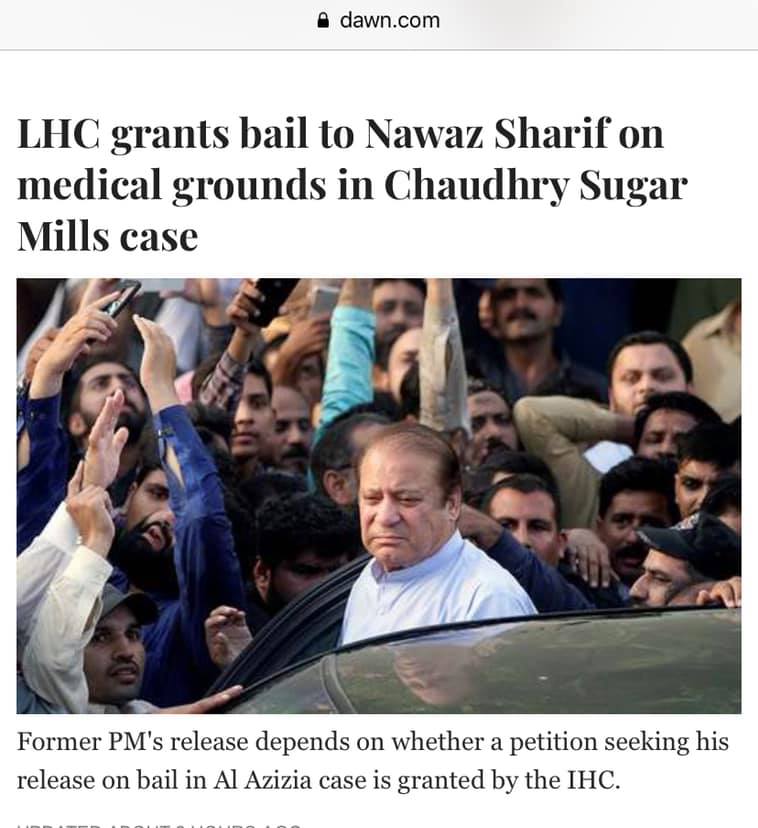 For the last 48 hours, local social media feeds are awash with regular tallies of Nawaz Sharif’s latest platelet count. The same liberals who (selectively) attack religion are busy in their worshiping and praying for Nawaz Sharif.

Meanwhile, Zardari is suffering from worse health but hardly any mention by the same liberals who are losing their minds and emotions for Nawaz. These double standards are not just restricted to the emotional commentary on Nawaz Sharif’s health.

The judiciary has once again shown its biases against PPP versus other establishment politicians from PML N. There is a clear double standard at play here. These are the same jejune liberals who portray Nawaz Sharif as some mythical “anti establishment” Che Guevara.

If Nawaz Sharif was anti establishment, then why the easy bail for him and his party?

Last week, the same liberal hypocrites were once again bashing PPP for not being able to win a rigged bye election where the other “anti establishment” JUI sectarians collaborated with PTI.

The Lahore High Court is even more precious to PML N than Larkana is to symbolically to PPP. The Larkana seat was wrested a long time ago from PPP to send a message but PPP survived.

One wonders what will happen to PML N when Lahore High Court Judges finds another patron.

Liberals in Pakistan can not tolerate anyone calling out their hypocrisy, their blatant double standards. This post is dedicated to those PPP friends who still blindly follow the backstabbing hypocrite Patwari liberals of Pakistan.