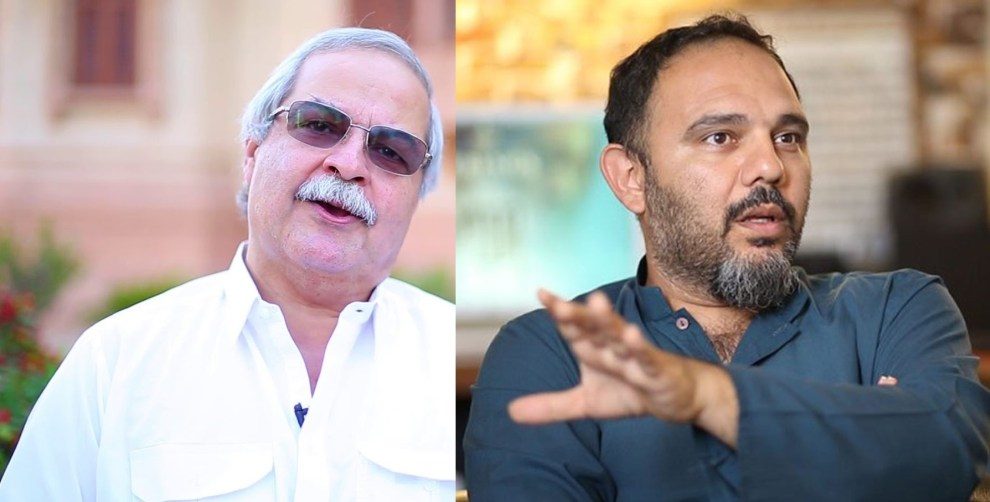 That Pakistani filmmaker, Jami shook the collective Pakistani conscious to the core with his harrowing #MeToo story would be an understatement.

In a society where it is hard enough for a survivor to call out an average gali ka lafanga (street loafer), it is unthinkable for a man to not merely reveal that he was raped but also take-on a rapist who, it is safe to assume, hails from the ranks of Pakistan’s super elites.

While recounting the harrowing account of his rape 13 years ago, Jami did not explicitly name the culprit. However he gave away enough clues for people to start putting two and two together.

Read: #MeToo: Ace Pakistani Director, Jami Reveals He Was Raped By A Man; Defends Me Too Movement

Why im so strongly supporting #metoo ? cuz i know exactly how it happens now, inside a room then outside courts inside courts and how a survivor hides confides cuz i was brutally raped by a very powerful person in our media world. A Giant actually. and yes im taller than him but

Interestingly, while all the leading mainstream media establishments in the country initially put out Jami’s story as breaking news, by afternoon most of them began receding.

Read: Dear Dawn, Why Did You Take-Down The Jami Rape Story From Your Website?

A number of publications first took down Jami’s #MeToo story from their websites and social media platforms and then a while later re-posted a toned down version in which all the three major clues, i.e. “media giant,” and references to the rapist’s book and museum launches were either taken out from the headings and narrative or considerably downplayed.

Given the limited length of our collective attention span, it is likely that Jami’s #MeToo story would have died down on its own had the mainstream media establishments not chosen to adopt such inexplicably absurd behaviour – and that too simultaneously.

It was perhaps this knee jerk reaction by the print and electronic media fraternity that made people curious more than ever about the identity of Jami’s assailant.

In what can only be described as deeply shocking, Twitterati are alleging Dawn CEO, Hameed Haroon to be Pakistani filmmaker Jami Mehmood’s rapist.

While no one certainly seems to have any proof to substantiate this allegation, nevertheless, there are many who feel the clues about his rapist in Jami’s tweets lead to Hameed Haroon.

While an official statement from either Hameed Haroon or Dawn Group is awaited, the staffers at Dawn seemed to be in the eye of the storm once their CEO was alleged as Jami’s rapist.

No one from Dawn Media Group was available for a comment at the time of filing this story.

This is a developing story and will be updated as more information is received.