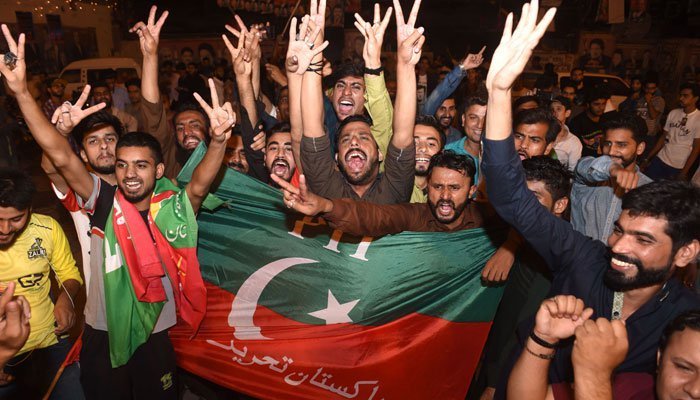 Insafism is a highly intellectual idiocy that was spawned in Pakistan from the years 2011 to 2018. It came about as a rebellion against the corrupt, manipulative, and odious governance of Sharif and Bhutto dynasties.
Its adherents are known as Insafis.
A typical Insafi is a condescending semi-intellectual expert with some prestigious -Aitchison, LUMS, IBA, Ox-Cam, US- education, whose main skill in life has been to pass exams and read analyses/articles/books written by their likes.
Salient characteristics of Insafis can be summarized as follows:
1. They genuinely believe that a financially honest barber can perform a brain surgery.
2. They want to run our lives without being rigorous – whether in statistics, governance, or policy making.
3. They follow the personality cult of their highly charismatic leader.
4. They usually go several steps too theoretical for any given issue.
5. They use strong and foul language for their opponents.
6. If you don’t agree with them and get away with a tag of idiot, you are lucky. The normal price to pay is to be called a traitor or a RAW agent.
7. They are ubiquitous in upper-class malls, business class lounges, designer outlets, cantonments, DHA societies, think tanks, top universities, and the media that is free.
8. They like to tell us what to do, how to speak, how to reason, and who to vote for.
9. When in government, they keep going round in circularity and, thus, remain blind to their sequential ineptitude.
10. They are usually clueless about the life on the ground and make up for it through a complex gigantic cover of words.
11. They can’t tell religion for religiosity or science for scientist or economics for accounting or delivery for promise.
12. They are good at first-order logic but shun second-order. Therefore, they have simplistic ideas in complex issues and that renders them incompetent in complex matters.
13. Hence, their understanding of complex matters is derived from cosmetic use of first-order models. For example, they think understanding upper-middle class ants allows us to understand ant colonies in their entirety.
14. In a society where most people have to contend with a grueling grind each day, they have relatively more time to spare and thus can be more influential than their numbers suggest.
15. They don’t allow self-doubt and judge others for things they don’t understand without thinking that their own understanding could be limited.
16. They like to use the term uneducated for the working-class folks.
17. When people vote as they desire, it’s democracy. When people don’t, it’s illiterate populism.
18. They know to fake a conversation about evolution, modern art, psychology, artificial intelligence, and the State of Medina.
19. They speak of economic justice and equality without ever venturing for a cup of tea at their driver or gardener’s house.
20. They do not consider absence of evidence as a deterrence for leveling accusations.
21. They have a penchant for using statistics without knowing how they are derived.
22. They like to mention (financial) corruption in conversations that have nothing to do with the subject.
23. The enjoy using buzzwords of higher learning when discussing unrelated matters.
24. They usually prefer Black Label over Murree Brewery. They never get drunk.
25. No matter how many times he/she has been wrong in the past, an insafian is always convinced that their current position is right.

N.B: If you get hot and bothered by reading the above, that is because of a deficiency in discerning between satirical and literal. That too is a trait made their own by Insafians.