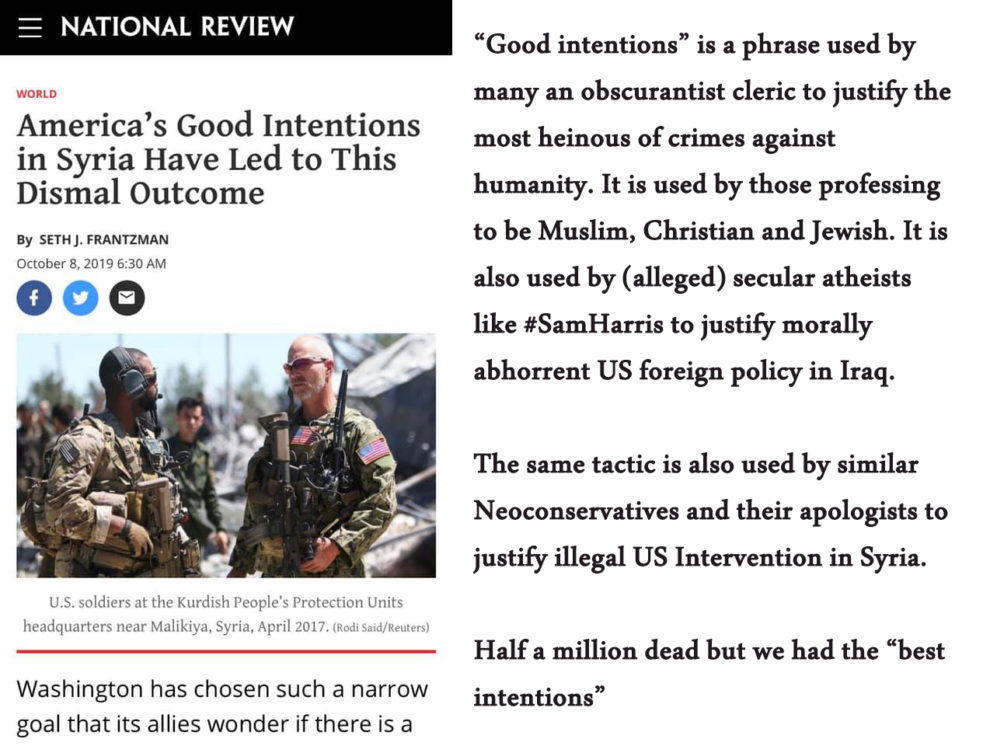 Both countries witnessed protests against their respective governments in 2011, the so-called “Arab spring”, in which the poor and working classes demanded anti-corruption and anti-poverty measures, while the middle classes demanded democratic reforms.

In Syria the government responded by addressing the economic grievances, then reformed the political system to end the constitutional hegemony of the Ba’ath party, however, the Muslim Brotherhood was excluded from this political process because the new constitution retained a clause banning religious parties from contesting elections.

Those with Islamic politics were understandably angered, but instead of demanding political inclusion, they took up arms against the state with the backing of the US, Turkey and the GCC. When asked what their demands were, they would often reply that they would give Assad a period of time to leave the country, or in other words, they demanded the Syrian state simply defect to them, but to their frustration, the majority Sunni army remained loyal to their President.

Despite fighting in the name of democracy their demands were utterly undemocratic, and eventually, the majority of their fighting ranks were foreigners from across the world who have now been pushed into Idlib where the streets are littered with slogans about how they hate democracy.

In Yemen, to appease the Muslim Brotherhood component of the protests, the GCC put pressure on the government to oust President Saleh in favour of Hadi, but instead of implementing the economic demands of the poor and working classes, he made their situation worse by raising fuel prices. The only agenda he was truly committed to was federalising the country into six regions with maximal economic autonomy, essentially doing the bidding of Saudi Arabia as Wikileaks confirmed.

When the Ansarullah movement marched on Sana’a in mid 2014, they actually had the support of millions of Yemenis who joined them, including support from the major tribes like the Hashid, Bakeel and Madhaj, which is why on the 21st of September, the bulk of the Yemeni army actually did defect to the side of the revolution (which is what the FSA tried and failed to do in Syria), with the interior ministry declaring that Ansarullah were “acting in the general interests of the homeland”.

The Yemeni revolution never relied on foreigners, rather they are 100% indigenous, whereas their enemies in the so-called “legitimate government” are almost entirely foreign and dominated by mercenaries fighting for Saudi paychecks. Compare that to the “Syrian revolution”, where the majority of the insurgency have been foreigners since at least May 2015 when the “Syrian Observatory of Human Rights” put out a report admitting that 90,000 of their insurgent dead were non-Syrians.

It is unsurprising therefore that the ONLY revolution that actually lived up to the stated ideals of the “Arab spring” has been routinely ignored. Why? Because it deviated from the “Arab spring” script which was originally intended for Muslim Brotherhood parties to overthrow “dictators” of Arab republics (not monarchies) under the patronage of Qatar & Turkey.