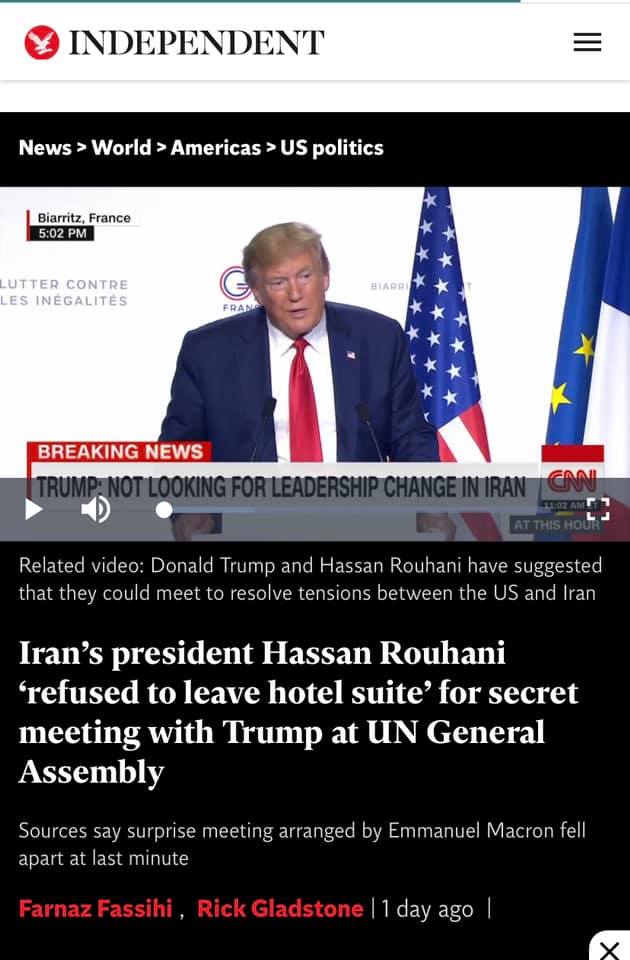 Ok. First the clarifications. I hate his inhumane policy in dealing with refuges. He is just more blatant while Obama was more subtle in conducting similar inhumane policies with regards to refuges and illegal immigrants.

I absolutely despise his support and mainstreaming of existing xenophobia. His government treats Nazis with soft gloves just as the Obama/Hillary/Nuland/Biden administration backed Nazis against Russian interests in the Ukraine. And which Trump continues to do so he is not perceived as a #PutinPuppet

On the environment, economy and class, my views are the opposite of Trump.

But Trump has been a reluctant warmonger. Even more so than Obama who still allowed Hillary, the Saudis and the Neocons to start some disastrous wars against Libya, Syria, Honduras and Yemen.

We were promised and assured by Bolton that by 2019, the Albanian-dominated MeK will be in control of Tehran.

Instead, Trump is backing off and the Saudi proxies of the United States seem to be loosing their taste for blood lust.

Yemen is likely to have dealt a decisive blow to the US-backed Saudi military. In my lifetime, I have rarely seen the United States establishment so divided on starting more wars.

What’s the world coming to?  Peace?