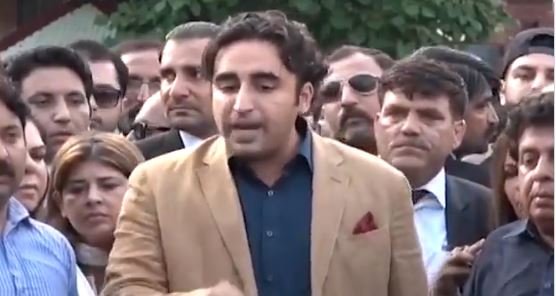 For many of its supporters, it is a wonder that PPP survived the devastating death of Shaheed Benazir Bhutto. For that, credit goes to the PPP worker, the Jiyala. It goes to Zardari, Bilawal, Aseefa and Bakhtawar. It goes to the loyal cadre of leadership like Gillani, Raja, Taj Haider, late Fauzia Wahab etc.

While it is obvious from objective metrics (foreign policy, macro economy, social welfare projects) that the 2008-13 PPP Government performed better than the PML N and PTI governments, that is a low bar.

Delivering better than Imran Khan and Nawaz Sharif is a very low standard for Zardari and Gillani. Zardari’s apathy to local issues as well as his tendency to be too clever by half on occasion has hurt PPP.

For instance, in an otherwise sensible parliamentary address on foreign policy earlier this month, Zardari made insensitive, one-sided and uncalled for comments towards the immigrants of Partition. Considering the scale of that mass migration, these comments should be recanted.

Zardari had embraced the loose federalism of PPP with his timely “Pakistan Khapay” slogan at the time of Benazir’s murder when the country was headed towards implosion.

Therefore these nationalist comments were against his own previous political stand and hurt PPP among many Urdu speaking Sindhis who were at one time, or another, sympathetic towards Benazir, ZAB and now Bilawal.

MQM does not represent All Urdu speakers and is fast loosing its support base to Federal parties like PTI and PPP. Zardari’s frustrated comments provided a temporary opening to MQM – an opening it typically lost again with the shameful grandstanding between the current MQM and former MQM mayor (now PSP) since yesterday.

Bilawal and Zardari need to understand that their delivery in Sindh cannot be pegged to the low standards set by others. They have a lot of work to do. Sindhi civilization goes back thousands of years before Arab imperialism in the 8th century AD. Sindhi civilization and culture should not be defensive and not allow itself to be misused by nationalist groups. And PPP should not resort to cultural chauvinism.

Sindh welcomed the family of the Holy Prophet (PBUH) that was escaping persecution by the Ummayad regime. It has always welcomed and assimilated immigrants and that has been the culture and tradition of Sindh. Partition was no different.

Similarly, PPP supporters, workers and Jiyalas should not start defending PML N ‘s opaque and one-dimensional handling of Pakistan’s economy. It was after all PML N’s excessive spending on pork barrel projects and obsession with luxury imports that landed Pakistan’s economy. That and the Elephant in the room with whom PML N completely surrendered the precious political capital that was painstakingly earned by PPP.

Yes, we all know that PTI has been nothing more than an abject failure in handling the economy. Many of us saw this with Imran Khan’s absurd narratives since he was formally launched by the establishment in 2011.

With the abject failure of the PTI government and the spinelessness of the Sharif brothers, PPP has once again come to the forefront. But it needs to do a lot of work.

PPP is not the party of Schadenfreude (pleasure derived by someone from another person’s misfortune).

For PPP supporters, Pakistan is the only country they know. They cannot afford to think like the commercial liberal Balkanistas who are cheering on Modi. Neither can they afford to be the Nasim Hejazi party ala PTI.