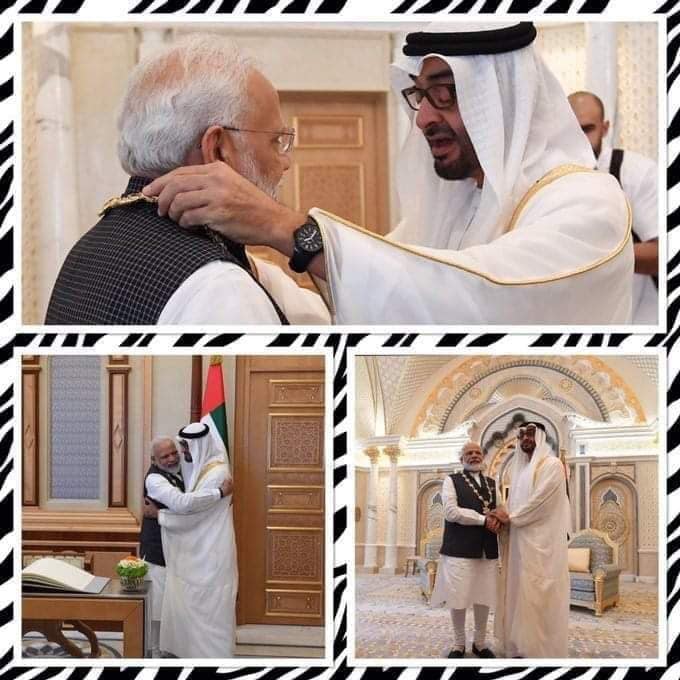 Call them the Mummy Daddy crowd. The Urban chattering class. The “educated types”.

Collectively, these supposedly “woke” Pakistanis are the biggest problem we face as a country. This is that bunch of hypocrites who have always welcomed military dictators and mirrored their discourse with Jamaat e Islami and other fascist chauvinist groups.

Since yesterday, this section of Pakistan is shocked that their favorite off shore destination, the UAE, has awarded Modi.

Yes, no denying Modi, the elected Prime Minister of India, is a chauvinist fascist himself who is unmasking a chauvinist and bigoted form of nationalism in India. A nationalism based on concocted myths.

But are Pakistani hyper nationalists really in a position to call out their own mirrors from across the border??

How can they call out Modi when they could not even call out Sipah Sahaba?? Today, Pakistan’s educated elite have given carte Blanche to a Taliban apologist whose comrades murdered 70,000 Pakistanis including his political rivals.

If anything, Pakistan’s chattering classes and their murderous and rabid intolerance of their own elected leaders fed into the Hindutva narrative.

Today, those who emulate the vicious and disgusting slurs of Sheikh Rashid are in no moral position to call out Modi and the RSS.