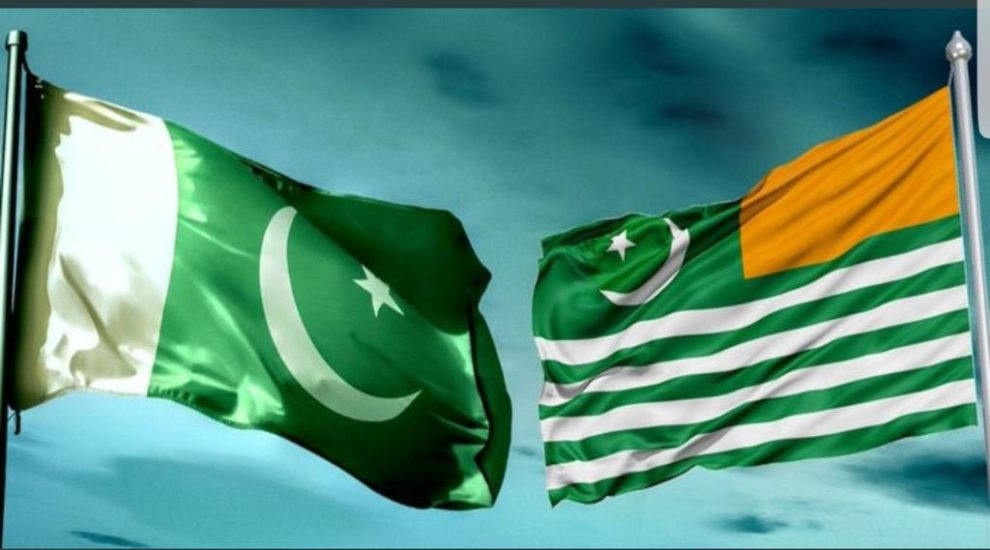 The purpose was to smite her because she symbolized resistance to the status quo that the generals had brutally maintained. But she had won the 1988 elections and the lawless generals had no option but to let her take over as Pakistan’s prime minister.

From her very first day in the office, zealots led by General Aslam Baig put pressure on her government to render it dysfunctional. There were venomous snakes like Ghulam Ishaq Khan and Nawaz Sharif General Zia and his fellow generals had begotten and nourished. There was a long train of hangers-on begging the generals for hatchet jobs on Benazir. Many were chosen.

One of them was a Zia protégé who was given the task that seemed a ‘sure shot’ to bring a powerless and insecure down. A civilian hanger-on, his name was Sardar Sikandar Hayat Khan and he was the first man to raise the “Kashmir Banay Ga Pakistan” slogan soon after she took over as prime minister.

The Sardar’s backers were sure that soon she would be smitten. So consequent to this slogan, thousands of Jamaat-e-Islami operatives and the people of their ilk were asked to cross the Line of Control that divides Kashmir between Pakistan and India. It put immense pressure on the Benazir government. The argument that the anti-Benazir powers (and they were a legion!) fronted by an equally anti-Benazir media was this: If she stops these people from crossing into the Indian side of Kashmir, she is an enemy of the Kashmir cause. Worse, if India shoots people trying to cross the Line, she will somehow be held responsible for not being able to save the lives ‘Muslim freedom fighters’.

Benazir was able to restrain the Jamaat-led mob and soon the Kashmir-Banay-Ga-Pakistan slogan disappeared from the national discourse. It was never raised for decades which saw Benazir’s People’s Party returning to power twice, Nawaz Sharif becoming prime minister three times, and General Musharraf imposing a decade-long martial law in Pakistan.

The major reason for not raising the slogan was that it tended to complicate the UN resolution on a plebiscite on Kashmir and Pakistan’s own stand demanding the resolution of the Kashmir issue based on the will of the Kashmiris on both sides (not because a lame duck ‘prime minister’ said so). Thus, the slogan pedaled by a military-appointed Azad Kashmir prime minister who had his own home in Rawalpindi did not cut it politically or even ethically.

But now after India has revoked the special status of Jammu and Kashmir, the Kashmir-Banay-Ga-Pakistan is back with a vengeance on the Pakistan media. In my view, there is only one explanation for this trend: the Pakistan government is subtly preparing Pakistanis to accept that the Indian decision to incorporate Kashmir into the Indian union is a reality. It is also preparing the people to get ready to accept Azad Kashmir as a province of Pakistan just like the provinces of Sindh and Baluchistan. If this is the case, it inevitably leads to the conclusion that the Indian decision to revoke Kashmir’s special status has Pakistan’s tacit consent.

Whether such consent is the result of arm-twisting, realpolitik or national interest is anyone’s guess. When Imran Khan was meeting Trump and addressing a gathering of Pakistanis in the United States, our chief was meeting American officials in the State Department.

Now that she is gone, the Kashmir Banay Ga Pakistan is hitting her tormentors in their faces all the time. They crafted the slogan to kill her politically. Now history is making them repeat their own slogan to smite them with their own hands. History repeated the second time is a farce, they say. That a farce can be acted out with all the trappings of the Homeric epic has been quite a discovery.

Professor Abbas Zaidi is the author of “Infidels of Mecca” and Co-author and co-Editor of “Faith Based Violence and Deobandi Militancy in Pakistan.