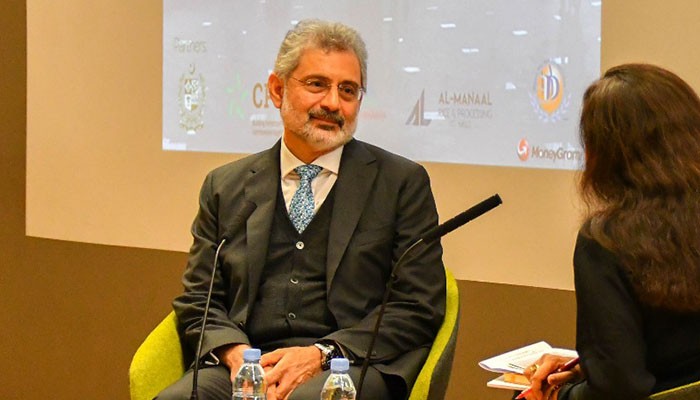 Just reviewed the first 50 pages of petition of Qazi Faez Isa. It is always so interesting to read such petitions because it shows how competent the writer is. When I was studying law, I always used to study the verdicts given by courts, one of my teachers advised me to study petitions because they are as useful as the verdicts.

So my first impression reading Qazi’s petition is that he could not find a good lawyer to write a petition for him, so he had to write it himself. He relied heavily on the petition written by Aitzaz Ahsan in Iftikhar Chaudhary case, I think substantial portion of the ‘questions of law’ & other section is plagiarized.

I have read a verdict by Qazi in dharna case and my kinda biased opinion is that he is not a good writer and his intellect is same as our urban educated lot. This was also evident from this petition.

Another impression I got from his petition was that it appeared that he wants this case to run as long as possible, he raised more than 50 questions of law some of them are even laughable.

Now coming to the substantive part of the petition, for the first time we know that the first reference against him is based on three properties which he bought in UK for a total of 750k pounds. One in 2004 and the other two in 2013. We should remember that he was appointed as BHC judge & then CJ in 2012 by Iftikhar Chaudhary. He then was appointed as the memogate commission head in the same year. The two properties he bought in 2013 were 0.5 million pound.

But it appears from the petition that Qazi Faez Isa’s family was not filthy rich, the first property he bought in UK was in 2004.

He explained that all three properties are in the name of his wife, son & daughter who were adult and independent at the time of the purchase. He has also explained his wife source of income, who by the way in the words of Matiullah Jan was very rich belonging to a princely family, was teaching in Pak American School in Karachi. He didn’t say that but he meant that with her monthly salary for many decades she could have easily saved 250 thousand pounds, from which she bought the property.

He then explained that his daughter is the first female barrister from Balochistan, and she is working as solicitor in UK. And his son-in-law also has a good job in UK, meaning that it should not inconceivable that they can buy a house in UK for meager 275 thousands pounds. Which is partially true, buying a property in cash is a big achievement so early in your career, she graduated in 2010, bought the house in 2013.

Then he went on to explain his son is smart and independent and making good money in UK. So he can also buy a house in UK for another 250 thousand pounds.

I think one should take his words, unless government can come up with a solid proof that he was provided money from Kyani to buy these properties as a reward of his services in Judicial movement & memogate.

Once again, our dear friend Peja has provided an analysis that is simply missing in mainstream media.

The connection between the corrupt, PCO judge Iftikhar Chaudhry and Qazi Faez needs to further examined. Qazi Faez’s pathetic compromised work as an Establishment stooge in Memogate should not be forgotten either.

My friend Peja is being too kind in his forensic analysis and while he gently alluded to it, the forensics regarding Qazi Faez’s offshore proprieties do not match up with the chronology or means of his family’s earnings.

If Qazi can justify the multiple assets of his family’s offshore assets so casually, then why are his fellow Jamaatiya judges selectively going after Bhuttos and Zardaris??

Hakim Zardari owned choicest property in Urban Sindh since before PPP was even founded. Plus agricultural land, mills and businesses and Asif is his heir.

In Pakistan, a son of a corrupt bureaucrat with long periods of unemployment can live in150,000 Square yard/300 Kanal estate and still point his finger of at those not from the powerful civil-military bureaucracy. Before him, those hypocritical voices on corruption included those who claimed they lost everything under Bhutto but still own entire districts and apartments in Mayfair. Not to forget those who claim to be “middle class NSF activists” but have become owners of prime property in Urban Sindh without any source of legal income. Extortion and coerced leather skins don’t count.

As I said, Qazi is not a good writer, both his verdicts and now the petition testify that. I believe he did try to engage Munir A Malik for his petition but somehow he did not help him. I am sure if Munir A Malik had reviewed this petition he would have suggested a lot of changes.
There are in total 79 paragraph excluding the prayer. Some of the paragraphs have laughable titles like “Secretary is absent on July 31, 2019”. But let me come to some of the arguments he made in his petition.

1. It is obvious that government did not come with clean hands. The role of secretary (of supreme judicial council who also is the registrar of SC) is dubious and not appropriate for his position. The secretary did deliberately tried to play cheeky with the judge. Justice Qazi has almost half of the petition content on the conduct of the secretary. Although I don’t think that this inappropriate conduct means that the references against Qazi should be thrown away, but I do think that secretary should be answerable to his conduct with a sitting judge.

2. In the last review we discussed the reasons that Justice Qazi gave for not showing the three properties in his assets, also his explanation that these properties belong to his family members who are independent and can buy these properties themselves. And there is no doubt that these explanations are not convincing, but as I said I think that government agencies need to produce some proofs for his corruption.

3. In logic there is a fallacy called “Ad Misericordiam”, Qazi tries to gain the sympathy not just from the SJC and SC but also from the public. He talks about his father in law’s health, his daughter’s delivery and medical condition. There is no doubt that he should have been allowed more time to submit his response to SJC because of all the reasons he stated but it does not mean that the reference can be nullified because of the misplaced urgency by the council.

4. They say that religion is the last refuge of the scoundrel, I would not use the word scoundrel in this case, but Qazi has once again invoked Islam and Quran, and that too in most ludicrous issue of secrecy. There is no question that he released his letters to the media with the intent to give his point of view to the media, and there is also no questions that those letters to the President were written with the intent to answer the allegations instead of just asking the material of the reference which was in any way supposed to be given to him during the proceedings. He used his good men in the media to help him create a breaking news with the help of those letters. And then he quotes Abduallah Yousaf Ali’s translation on how keeping secrets is bad. I really didn’t get how this could be applied in this instance.

5. Qazi made a lot of personal accusation against several people including Attorney General, Law Minister, Shahzad Akbar and even the Prime Minister and President. In logic this is called “Poisoning the well”, there is a very simple case against him, which is about showing that those assets in his family member’s names are not his. And it can easily be done by showing that how his wife bought the house with the lifetime savings or how his son bought the house by his hefty income and how his daughter bought the house. Which he didn’t.

6. I am rather disappointed that this petition was admitted and was not rejected on the basis that it is not a case of public importance as it does not fall within the ambit of article 184/3. Hopefully this petition will be rejected in the first hearing.

8. If there was any provision in the constitution to demote a supreme court judge back to a high court judge than I think Qazi should be sent back to Balochistan high court where he should spend sometime before coming back to SC.

9. Iftikhar Chaudghry had caused an irreparable loss to institution of Supreme Court, it is such a shame that for the first time in the history that we don’t have any judge like Rana Bhagwan Das, Safdar, A R Carnilies etc. We have now judges like Qazi Faez Isa who can not even write a good petition.

Obama, Biden, Mattis and Clapper Expressed Skepticism on Syria, so Why Is Gabbard Singled Out? – Ali A. Taj
Today is 39th death anniversary of Comrade Nazeer Abbasi Shaheed – by Aamir Hussaini