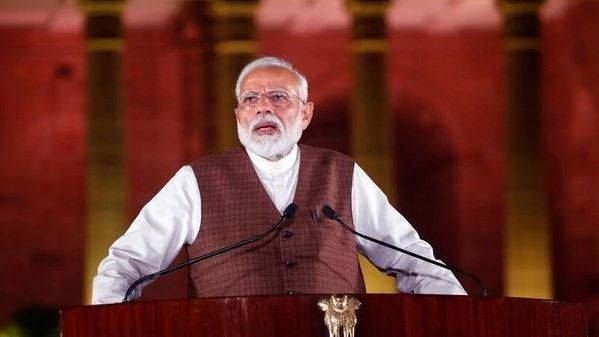 The meaningless rhetoric by the nation’s leaders in the parliament of Pakistan resembled a circus in shallow braggadocio addressed at a populace that has been raised on propaganda for the past seventy years, and now cannot be weaned away in a hurry, while taking care not to upset the generals. IK, who I believe knows better than that, was no exception. In fact, his was the worst speech.

There can be hues of sane opinions on what Pakistan should do at this juncture. However, there should be no doubt on what Pakistan must not do. It is, she must not do what Modi wants her to do – flagrant sabre rattling. Engage the international community, by all means, but no war mongering. Don’t take Modi’s bait. Don’t fire up the nation for a battle over Article 370 of Indian Constitution that no Pakistani ever accepted and most never knew existed. Be assertive, not mad.

In fact, those who dislike India should sit back and enjoy Modi ruining India’s secular fabric. It will lead India to where religiosity has led Pakistan to. To intolerance, excessive self-absorption, and to a stage where the leaders are compelled to follow the whims, myths, anger, and biases that their voters (will) have been fed on for decades. Whether it takes thirty years or fifty years, unless there is a change of course, the path Modi is on for now does not lead anywhere else. The recent world history bears enough witness to it.

Enjoy the blessings of the other face (Hindu nationalism) of the two-nation theory taking roots on the other side of the border. Collective anger, that is also cumulative, is a very toxic emotion for a nation that over time begins to manifest itself in psychotic behavior in everyday life. You have been there, if your neighbor wants to tread there, let her make the journey.

So how does Pakistan stand up for herself well enough? Here is what, I think, Pakistan should do: she should buckle down and for a minimum next ten years focus exclusively on getting rid of Jihadis, fostering education and health, building economy, enhancing transparency, and strengthening institutions.

Show the world that you can run, and not just defend, your country. Use aggression to come up with a plan to integrate with the world. You cannot negotiate if you don’t have any power. Especially if you are dealing with someone who is really out to get you.

Be truthful with your own population. Each time India and Pakistan have come close to a solution -Nawaz Sharif/Vajpayee; Musharraf/Vajpayee; Musharraf/M M Singh- it has consisted in accepting the LOC. There has been no other solution in sight for at least the last fifty years. The only other option for now is fighting an all-out war.

Having said the above, I feel extremely sad for the Kashmiris caught in the stampede of history. Too much suffering, blatant oppression. Both India and Pakistan have used them and, since 1989 at least, have only done them harm.