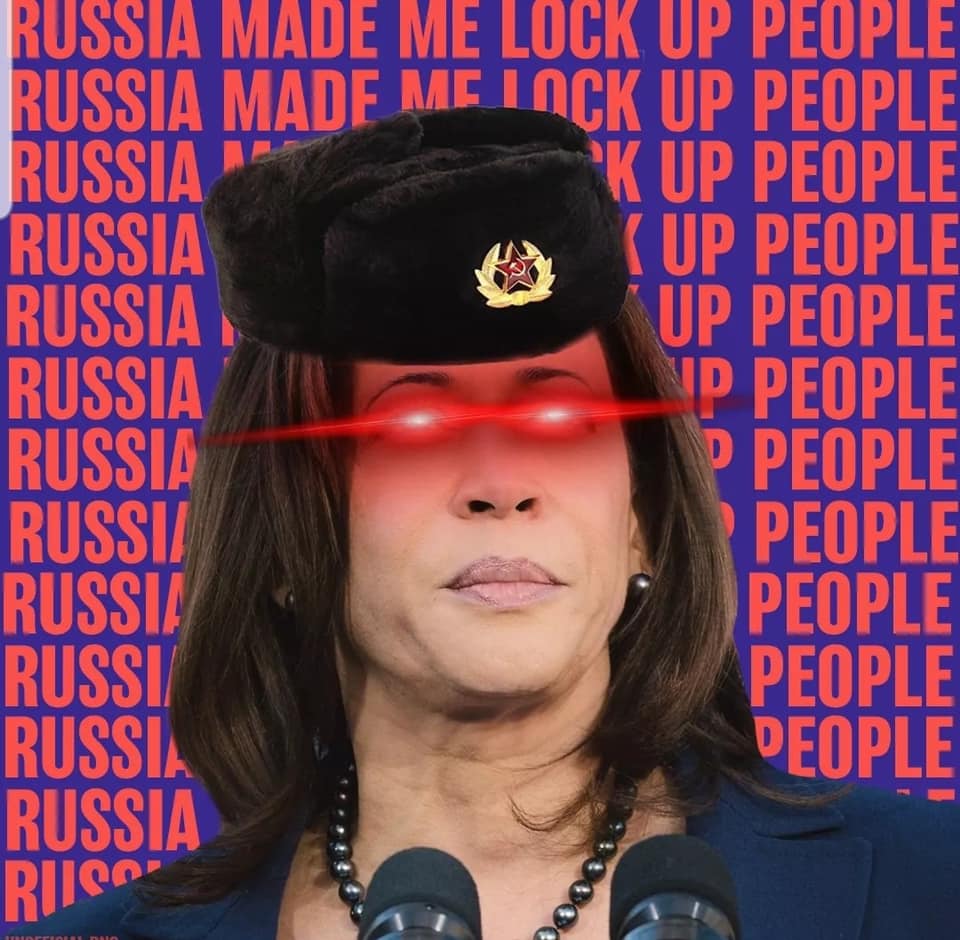 In Pakistan, if one goes against the Establishment, they are immediately labelled a traitor. This was true for both Fatima Jinnah who was abused and slandered by PML N’s Khurram Dastagir’s father. Then of course, there is Benazir Bhutto who was similarly slandered. The video of Nawaz Sharif abusing her and slandering her a traitor and RAW agent is for all to see.

Now Tulsi Gabbard, a 2020 US presidential candidate, is being smeared and slandered in a similar fashion by US mainstream media – especially MSNBC, ABC and CNN. For her advocacy for peace and for exposing the corrupt and destructive record of Kamala Harris, Tulsi is being smeared as an “Assad apologist”, “Putin Puppet” and what not. The evidence is clearly ludicrous but that has not stopped the Centrist liberals from going after an increasingly popular anti-War candidate.

Then of course there are those False Neutral types who view things in strict binaries and whose views on Russia are stuck somewhere between the 1930s and the 1980s. So if Tulsi advocates for reducing nuclear tensions with Russia, she is a Putin puppet. And if she refuses to acquiesce with the policy of foisting foreign Al Qaeda mercenaries on Syria by Western super powers, she is an “Assad apologist”

Here also, there are glaring similarities. In Pakistan, the best smears are to label someone as an Indian agent or as a PPP supporter. The United States has nearly a century of using red baiting and McCarthyist tactics to avoid a debate on issues and specifics. In fact, those using these baiting tactics need to realize that they are harming their own cause.

Russia did not purge voter rolls, disenfranchise voters because of the color of their skin and gerrymander districts. The Syrian President Assad did not force Kamala Harris to not persecute Steve Mnuchin. The overuse of these baiting tactics exposes their hollow foundations.

(For a full record of how Tulsi dismantled Kamala Harris, refer to this excellent clip by Kim Iversen

Interestingly, some of the most vicious smears against Tulsi often come from women and include the panel at the View, Ana Kasparian of TYT, Bari Weiss NYT and now from Senator Kamala Harris’ camp. Interestingly, the only person to attack Tulsi to her face is Meghan McCain who has since become Tulsi’s fan.

The grace and calm with which Tulsi Gabbard has handled these smears reminds me of the grace of the late Benazir Bhutto. Neither of them claimed to be perfect. This sort of childish and silly political thinking, of elevating politicians to the level of infallibility, is the hallmark of failed and compromised lefty liberals of Pakistan. They are the Centrists of today and they have their counterparts within the Democrat establishment Chicken hawks.