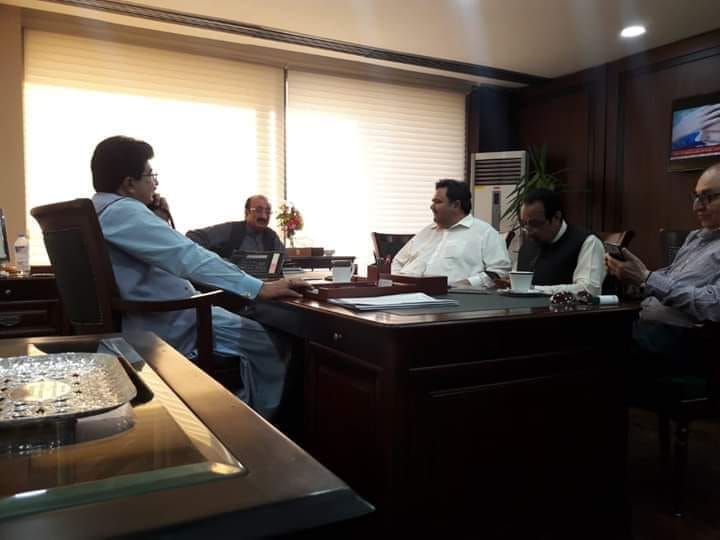 I had predicted before many years that in Liberal camp there are some groups who are not here for civilian supremacy but for projection of PMLn and now for just only #MaryamNawaz.

But I feel that they are not here for #MaryamNawaz but in the name of Maryam Nawaz they are for Choas in democratic camp.

This has been proved again selective and dishonest rags made by those sections after failure of no confidence motion against Sanjrani in the Senate of Pakistan.

My many friends including my dearest Shakeel Nutkani Yesterday expressed openly his anger over tweets and posts on FB made by Goraya and those were my such friends who first were hesitated to accept my prediction.

The Leadership of opposition parties didn’t play blame shifting game after getting the shocking result. In fact, it was the commercial liberal mafia’s social media brigade that first offered a so called Survey questionnaire in which they clearly put all the blames on PPP and its leadership. In that questionnaire, we didn’t see any mentioning of sold out PMLn’s Senators.

Then Waqas Goraya tried to throw his hate over PPP in his posts and those posts were liked, and commented with admiration by many liberal Elites.

Liberal Commercial Mafia in my thought didn’t want to see Opposition unite and its mission is not to make struggle for real democracy but to create Chaos.

List of those Senators who allegedly either voted for Sanjrani or wasted:

You can see majority names in this alleged list of sold out Senators belong to PML-n.
———-
Peja Mistri writes: “So you did not read stories from Umer Cheema in the News and Zahid Gashkori in Jang?
https://www.thenews.com.pk/print/506920-who-defected

So the “narrative” as they call it these days is simple, 7 PPP senators all from Sindh (emphasis is here) defected. Reading this in conjunction with Zahid Gashkori story General Faiz met Asif Ali Zardari in the NAB jail from Zardari told these senators to defect.

Here is a new theory I have come up with. (BTW I have noticed that the word “theory” has a negative connotation in our urban educated lot’s mind, it is due to two reason one most of them think every theory is a conspiracy theory, and second because of the debate (in their mind) on whether evolution theory is right or wrong, they think that every theory is wrong, but that’s completely different topic).

So the theory is our geniuses in and out of military establishment thought that if somehow they can conquer the liberal/progressive segment of the society then they will get their cake and eat it too. So they came up with this “ingenious” plan of turning PML-N into a “liberal/progressive” party and Nawaz Sharif into Nawaz Che Guavera and Maryam Nawaz into Benazir Bhutto.

And PTI take place of PML-N as the conservative party. Obviously they are confident that PPP will fade away and PTI will be able to conquer Sindh.

In order to execute this plan they needed services of our commercial liberals who had to somehow do the miracle to prove that Nawaz Sharif is indeed Nawaz Che Guavera and Maryam Nawaz is better than SMBB. Well obviously without both of them (Nawaz & Maryam) dying. On top of that Maryam put the condition that she won’t go in jail and Nawaz Sharif told them he needs a good toilet in jail cell along with good food, A/C and TV. This made the job of our commercial liberals pretty tough.

Our commercial liberals had another obstacle to overcome it was in the shape of Bilawal Bhutto. Zardari could be easily tackled through corruption propaganda from both sides of media, but Bilawal how do you handle him? The corruption propaganda against him would not be as affective as against Zardari.

Now you need to decide how our commercial liberals had done their job? Do they deserve a good bonus from Nawaz Sharif?

Shakeel Nutkani writes:”How much Umer Cheema is reliable everyone in journalistic circles is aware his sources are also known to everyone. Love affair between N league and Jang group is an open secret. As bashing and blaming PPP and Zardari is the most easiest task so everyone is doing it. Cheema’s story is not more than a concocted one.

He even did not bother to get the version of the PPP while leveling such serious allegation. This is the level of his journalistic integrity, credibility and approach.”

There you have it. PML N lifafa journalists did not even bother to get PPP’s version of the facts before blaming them. This is the standard of Journalism of JANG/The News and DAWN. The liberal mafia of Pakistan has often stood with propaganda.

All 21 PPP Senators offered their resignation to Bilawal. This alone should tell us that some of PML N’s Senators were most easily for sale.

Riaz Malik writes: PPP is wrong in trusting this commercial liberal mafia. It is the same mafia that are “Aassteen Kay Sanp” (nurtured scorpions) that have only bitten PPP multiple time.

In today’s controversial No-Confidence vote in Pakistan, 14 Opposition votes (out of 64) were flipped or abstained.

But who does #MarviSirmed single out on a disproportionate basis by highlighting a loaded poll:

Not PML N from whom 7 Senators are said to have sold their votes as opposed to 2 PPP Senators.

Not Imran Khan and his security establishment backers

She goes after the former President Zardari.

PPP should keep in mind that by depending on scorpions, they will continue to be bitten.

Tulsi Gabbard, a 2020 US presidential candidate, is being smeared and slandered by US mainstream media
Karachi is Drowning so let’s lynch PPP