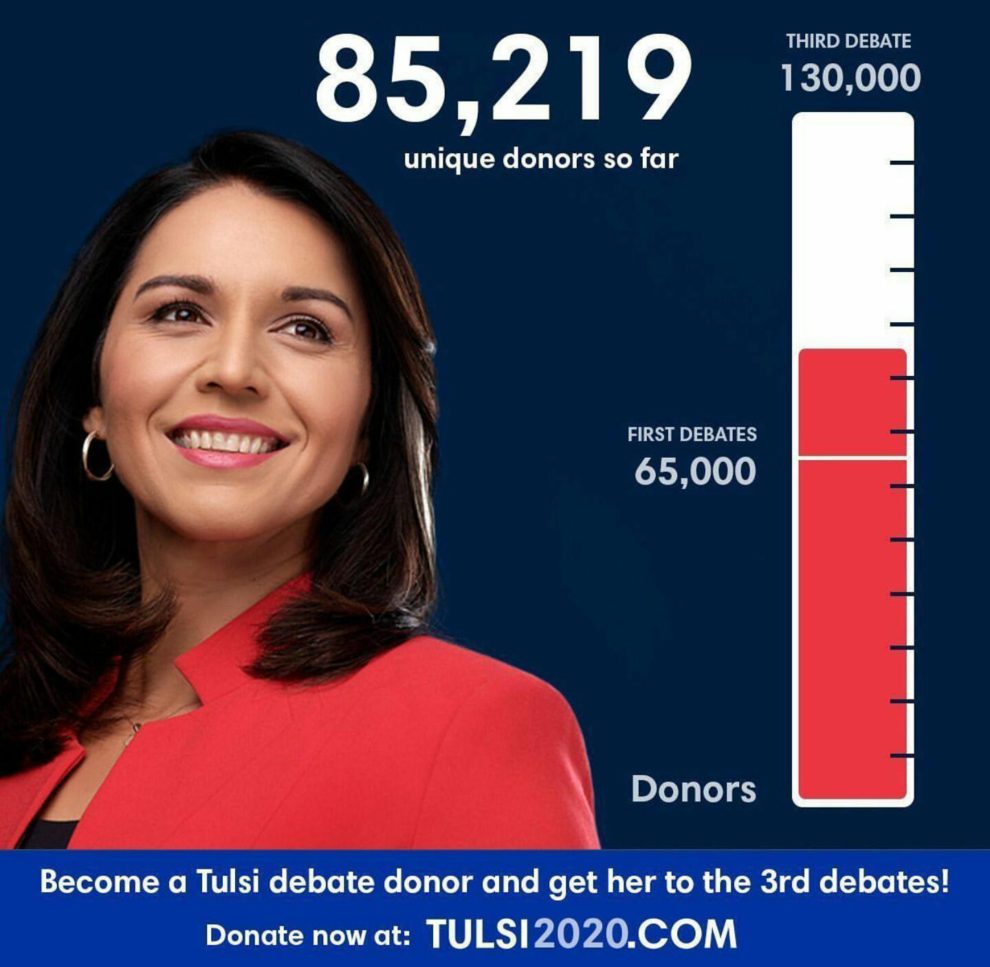 WASHINGTON – As political pundits scramble to compile their subjective takes on the winners and losers from Wednesday night’s Democratic debate in Miami, Hawaii Rep. Tulsi Gabbard emerged as the clear winner by one objective standard: she got the most Google searches after the debate.

According to Google Trends, Massachusetts Sen. Elizabeth Warren was the most searched candidate heading into the debate, followed by New Jersey Sen. Cory Booker, former Texas Rep. Beto O’Rourke and then Gabbard. After the debate, Gabbard vaulted into first, while Booker held onto the second spot and Warren fell to third.

Google Trends found that Booker was the most searched during the debate, while Gabbard was second, O’Rourke was third and Warren fell to fifth.

The search site also found that interest in former Housing and Urban Development Secretary spiked 2,400 percent after debate began. Searches for “English to Spanish translation” spiked 300 percent during the debate in which three candidates delivered lines in Spanish.

Of course, trending on Google doesn’t necessarily mean people are searching for the candidates’ names for positive reasons. But, in a field of 24 candidates, standing out from the crowd is a major aim of their campaigns.

Health care and immigration were the top two searched issues during the debate, according to Google Trends.

Tulsi Gabbard challenges Foreign-Policy assumptions and moves the Overton window – Ali A. Taj
Tulsi was treated unfairly but still shined in the debates