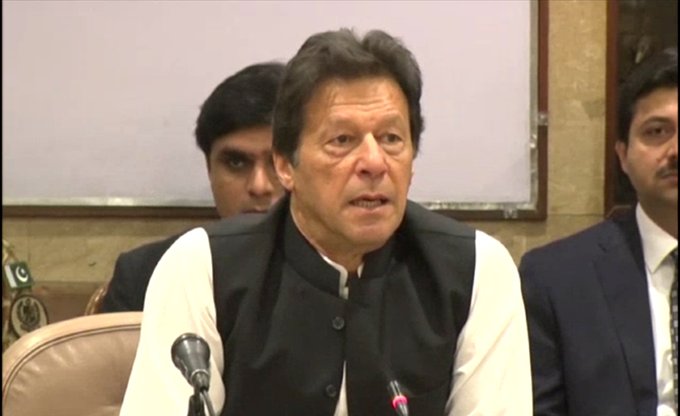 In Pakistan, criticizing Imran Khan by stating the obvious is increasingly censored.

Ditto for those who selected him.

Ditto for the compromised judiciary.

If you criticize bureaucrats like the corrupt Ikramullah Niazi and Iftikhar Chaudhry, the media will not allow it.

If you criticize Orya Maqbool Jan, Kashif Abbasi etc and call out their rubbish, the Jamaat wing of the media will come after you.

If you criticize Najam Sethi and Nusrat Javeed and call out their rubbish, the commercial liberal mafia will come after you.

If you criticize Nawaz Sharif, a Zia ul Haq legatee, Sethi, Javeed, Mir, Corporate Marxists and the commercial liberal sellouts will come after you

If you call out Jibran Nasir’s hypocrisy and dishonest, the same liberal mafia will tune you out.

Funny how it is with the liberals in Pakistan who are often aligned with Jamaat e Islami and Sipah Sahaba.

If you criticize corporations and money grubbing Seths, you will be ostracized.

If you criticized MQM before 2016, you would end up dismembered and in a gunny sack.

Now they are themselves split into a dozen different splinters so one does not know which gang to hold accountable.

Forget about religious figures and clerics.

Of course, there are distinctions here.

One can criticize Tahir ul Qadri but not Aurangzeb Farooqi.

One can make fun of Barelvi clerics but not Deobandi.

One can abuse the late Nasir Abbas Multani but not call out Jawad Naqvi’s biased political commentary.

In Pakistan, liberals like Jibran and others actually defend Sipah Sahaba/Lashkar e Jhangvi.

The outpouring of sympathy for Lashkar e Jhangvi by Pakistani liberals in 2015 and again now in 2019, is a testament to this warped behavior.

Of course, you are free to slander and abuse PPP and its leaders and its loyalists. Unless of course they join PTI.

Even the most ludicrous gossip or unsubstantiated charge can be flung at the PPP. Because they are no consequences. Misrepresenting the PPP and its leadership is not just the act of the weak and spineless. It is also an acknowledgment by those doing so that they failed in holding the real culprits accountable.