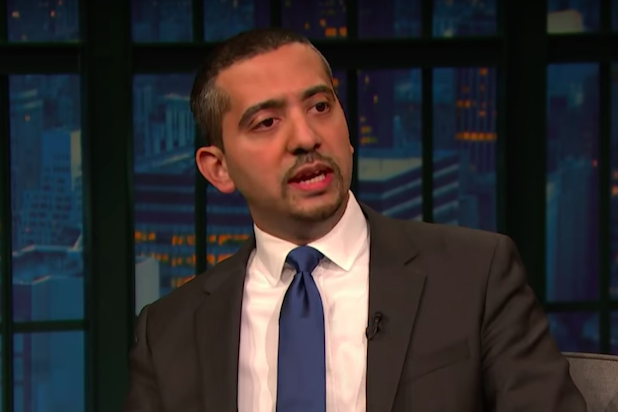 #MehdiHasan recently had a detailed discussion with Andrew Beinart about why Democrat 2020 hopefuls are not being assertive or prioritising on US Foreign policy. They discussed a range of candidates from Bernie, Warren, Buttigieg, Salwell, Booker and Harris.

But NOT ONE mention of Congresswoman Tulsi Gabbard who has made foreign policy a cornerstone of her campaign. This discussion took place at the #Intercept.

It should be noted that Mehdi has been a habitual slanderer of Tulsi for the last few years. Mehdi is part of Qatar’s propaganda mouthpiece – Al Jazeera.

Qatar is the leading supporter of the Muslim Brotherhood (Ikhwan). Al Jazeera remained a supporter of Al Qaeda affiliates in Syria and even hosted guests who incited Genocidal violence against Shia Muslims.

How ironic that even a peddler of Qatari and US state department propaganda like Mehdi Hasan has to partially acknowledge that US intervention (on behalf of its allies like Saudi Arabia, Turkey, Israel, Qatar and UAE ) is the leading cause of problems in the Middle East.

The ultimate irony is that a peddler of Al Qaeda propaganda on Syria like Mehdi Hasan has to change his toxic and dishonest narrative.

Kim Iverson exposes the hypocritical and obfuscatory narrative of Mehdi Hasan and the Intercept.

@KimIversenShow exposes obfuscatory hypocrites @mehdirhasan & @theintercept who neglect the #Wahhabi #Salafi #Deobandi or #WSD terrorists in #Syria & the world, who will fully and deliberately attack @TulsiGabbard for exposing the truth on #terrorismhttps://t.co/s2uyHtvMEs